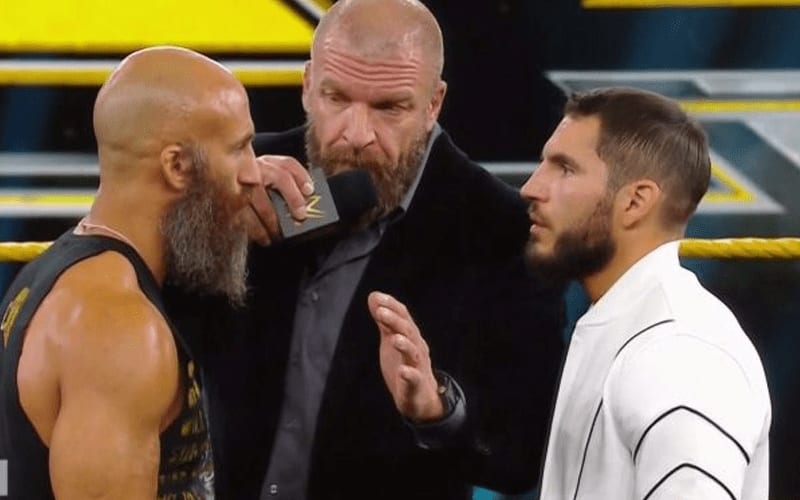 Triple H and Shawn Michaels are no longer active pro wrestlers, although Triple H will definitely wrestle again eventually. The two have much different positions within WWE now. Johnny Gargano would love to see DX lace up their boots for one more match against Team DIY.

While speaking to Sports Illustrated, Johnny Gargano stated that Tommaso Ciampa and himself have pulled for a match against Triple H and Shawn Michaels. So far they haven’t been able to make it happen.

Gargano stated that the dream match could potentially happen, but he then admitted that it might just be something worth dreaming about. Either way, it would be a fantastic match.

“If we can still make that happen, I’ll still do it. That would be so great. Me and Tommaso have pushed in the past to wrestle Shawn and Hunter, and that is something that could potentially happen, or maybe something we’re just dreaming. But me and Tommaso against Shawn and Bret would be amazing. That would have been a really fun dynamic.”

Ciampa and Gargano are not currently seeing eye to eye after their One Final Beat match. The two seemed to have moved on, but you can never count out them getting back together if an opportunity to face DX comes around.