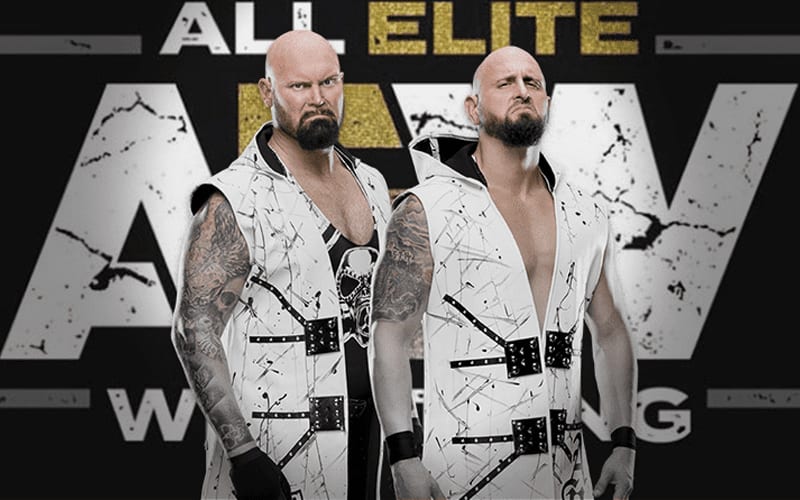 Karl Anderson and Luke Gallows didn’t sign new WWE contracts for the longest time. There was a time when their jump to AEW was a heavy rumor. Then the Good Brothers signed new five-year contracts worth a reported $750,000 a year each.

Anderson and Gallows’ names appeared crossed out on a whiteboard during an episode of Being The Elite shortly after that. This was an obvious reference to All Elite Wrestling wanting the Good Brothers, but they didn’t sign with them.

Following their WWE releases, The Good Brothers went back to Impact Wrestling instead of signing with AEW. While Cody Rhodes spoke to ESPN, he was asked about Gallows and Anderson.

Cody said there’s no heat on the Good Brothers for not signing with AEW. Everyone loves them which was evident by how they showed up on Being The Elite very recently to make a joke about signing with WWE.

“There’s no heat at all. Business is business,” Rhodes stated. “I think Karl Anderson, just to see his glow up and him get ripped [was great]. And to look back at what he was able to do in New Japan, that guy is a superb talent.”

“Gallows, everyone loves Gallows. He takes the award for the most carny wrestler in the history of wrestling. He is the king carny. He came to my house prior to their re-signing with WWE. There were some discussions. We both lived in Georgia. He actually told me a number he was offered, got drunk and then, not realizing it, only an hour later told me a different number that was of course higher. I love him. You can’t not love somebody who is that carny and that goofy.”

Anderson and Gallows could always end up in AEW following their return to Impact Wrestling. They did sign multi-year deals with Impact so it will likely be a considerable amount of time before that happens.

In the meantime, at least fans can know that there isn’t any heat between AEW and the Good Brothers.