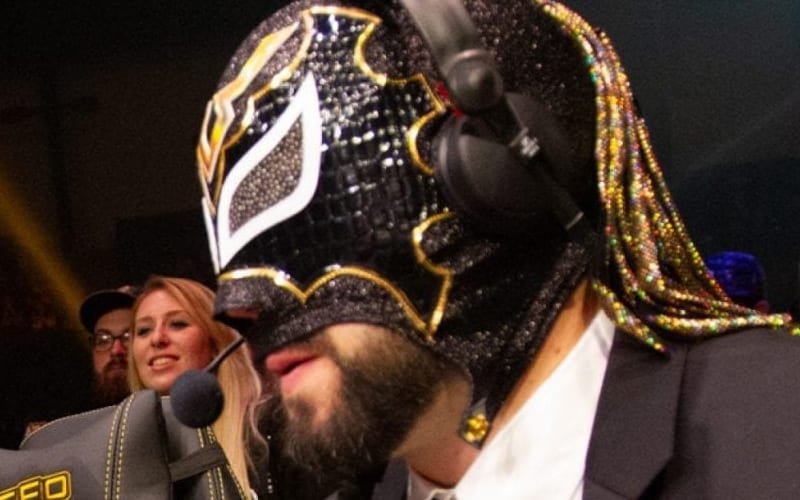 Excalibur used the N-Word in a couple of promos during his pro wrestling career. Clips resurfaced and a lot of attention was brought to how the masked announcer used to draw heat.

He was not on AEW Dynamite this week. A lot of fans saw the immediate correlation. If there was a COVID-19 issue causing his absence then it would have been addressed.

Bodyslam.net reports that they’ve spoken to people within the company and nobody knows that is going on. AEW is set to tape another episode of Dynamite tonight (Thursday), but there’s no word on if he’ll be around.

AEW is holding next weeks TV tapings later today in Jacksonville, while speaking to a source within the company, I asked about Excalibur’s status for tonight’s set of tapings. I was told that Excalibur is still in Jacksonville, but that the belief is that he is in fact out for 30-days: “I’m not sure. I think he’s out for a month but he’s here, who knows.”

Excalibur was in Jacksonville on Tuesday night when the story dropped. He was slated to be on Dynamite, but those plans changed.

AEW is very transparent with their fans so not coming forward about this issue is not typical of the company. We should probably expect some kind of official announcement, but right now it is a waiting game for Excalibur and AEW.