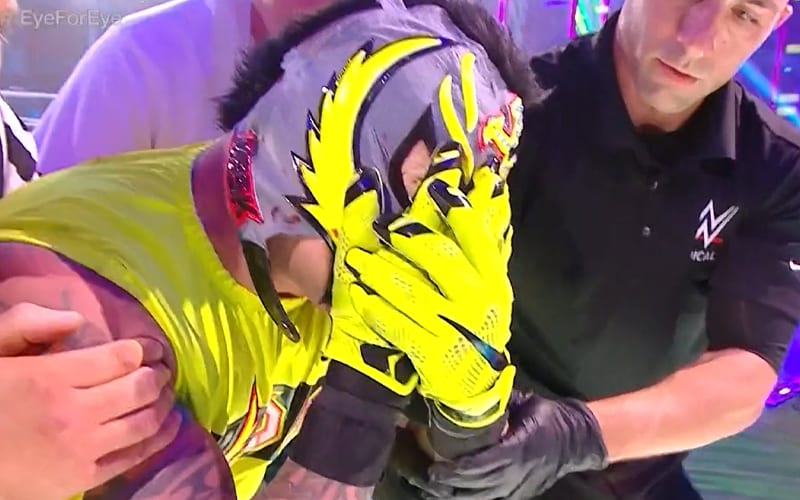 Rey Mysterio “lost his eye” during the Horror Show at Extreme Rules. He is also in the middle of contract talks with WWE. This caused him to take some time off, but he has met in Stamford since then about a new deal.

WWE has an update on Rey Mysterio’s eye injury. He’s improving each day which could mean they’re getting closer to figuring out a way to get him to sign a new deal and get Mysterio back on television.

UPDATE: WWE Digital has learned that @reymysterio’s vision is improving slowly each day, and that his optic nerve is intact, completely secured and back in its socket. A timeline for Mysterio’s return to the ring is unknown at this time.

Rey Mysterio’s son Dominik held his own this week against Seth Rollins and Murphy. He had the help of a kendo stick, but Dominik did some damage to the Monday Night Messiah.

We’ll have to see if this update is a sign that WWE and Mysterio are getting closer to reaching an agreement to keep him in the company.