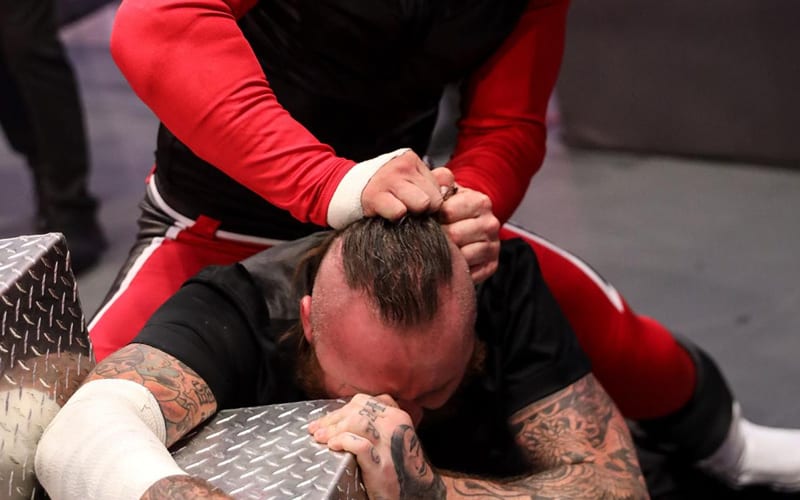 WWE makes a lot of interesting decisions, and this week’s episode of RAW was no different. Seth Rollins took out Aleister Black with a curb stomp on the floor after Murphy “took out” Black’s eye. Now Black is apparently out of action.

During Wrestling Observer Radio, (transcription by Ringside News), Dave Meltzer explained that the Greater Good’s attack on Aleister Black was intended to write him off television. It’s unknown exactly how long this hiatus will last.

“I know the original plan was to take him out, I don’t know for how long. That was the original idea is to do an injury angle with Aleister Black which is kinda weird when you’re low on talent.”

It appears that Aleister Black will be off television for a little bit, but it’s unclear why. Perhaps they are gearing him up for a return to seek retribution on the Monday Night Messiah? We will have to see what Vince McMahon has in store for the former NXT Champion.