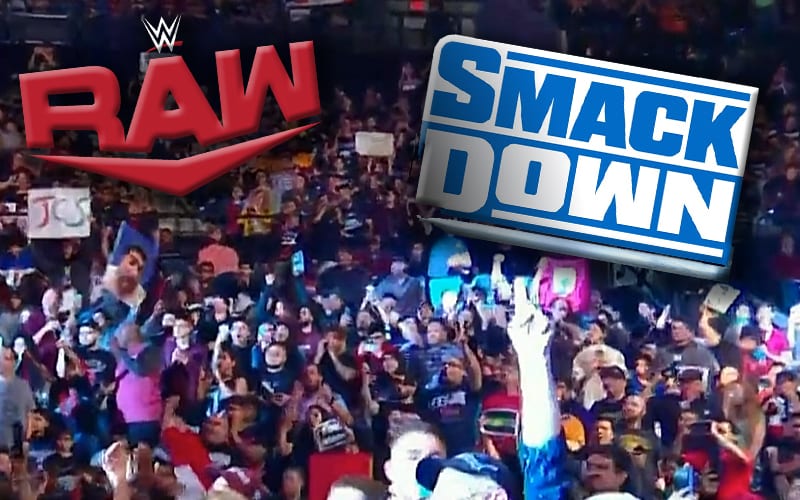 WWE hasn’t been able to run a live event since the pandemic started. They hope to change that soon, but it’s not going to be an immediate process.

The company has a Plan B if Florida won’t let them run show, but that doesn’t mean that they will be permitted to bring in live fans. The obvious goal is bringing up television viewership which Vince McMahon contributed to having no fans.

During WWE’s shareholders’ call, he stated that WWE is currently working with arenas in regards to taking their live show back on the road.

Sure, we obviously have to follow what’s going on and sometimes you think you have the answer and then “uh oh”, COVID-19 makes a more severe impact than you had imagined to begin with. We’re working with arenas. We have any number of tentative dates. Those tentative dates keep moving back sometimes. But again with our form of entertainment, it’s imperative that we have fans to interact with. And we continue to look forward. Pinpointing exactly when we’re going to return, it’s a whole different atmosphere than has been in the past and we’ll capitalize on it.

WWE has a lot of things that they need to consider, especially during the COVID-19 pandemic. Record number of cases and deaths are being reported throughout the country so this is a great matter of concern.

The company does have a few live dates scheduled for the end of Summer and into the Fall. They plan to tape Raw during those shows.

Whenever the company does start touring again you can probably expect them to take the hockey boards with them. Those plexiglass partitions will likely remain a part of the WWE setup for a long time to come.