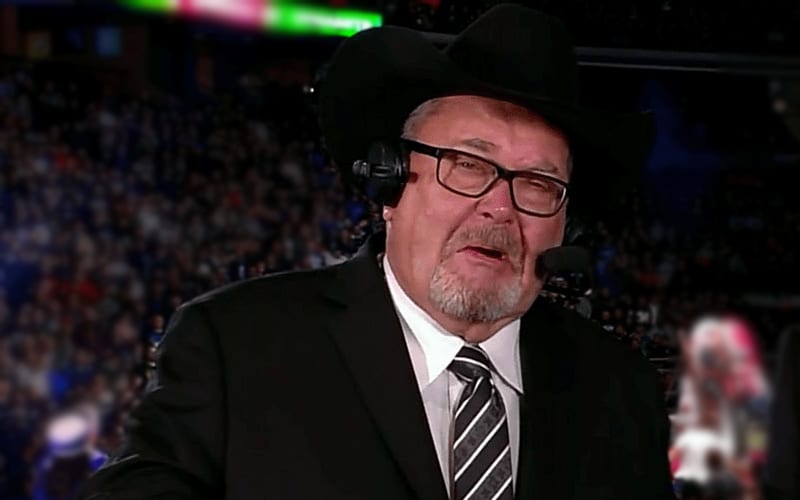 Jim Ross has seen the pro wrestling industry evolve before his eyes. He is now a part of AEW, a company skewing younger than the competition. He doesn’t like one trend he’s seeing.

AEW referees have been criticized by fans and former referees alike. They are chastised for not enforcing the rules, but there don’t seem to be many in AEW.

The idea of a match ending in DQ is totally foreign in AEW. This applies to following the rules in tag team contests as well. During Grilling JR, the WWE Hall Of Famer brought up AEW stars simply not listening to the rules. This caused them to nix the idea of a tag rope because they don’t know how to use it.

“The issue is, not everybody listens. They think that some things ‘suck’. We don’t have tag ropes anymore because some of our crew think it’s lame. I think it’s bullsh*t. Heels need rules to break.”

“You need shortcuts to gain an unfair advantage. It’s just common sense, it is basic human instincts. The heels when they get out and wrestle? They cheat. It’s never changed, it’s not going to change.”

“Most of them listen in and are appreciative. I can tell when their eyes go off the topic. If I’m talking to you and you ain’t looking at me in the eye? You ain’t listening. So why should I waste my breath?”

Cody Rhodes was very open about the idea of heels and babyfaces and how he considers it a tired idea. AEW might be following that lead as they present a television product with a lot more gray area.

AEW fans will cheer for heels or babyfaces, but more importantly, they cheer for who they like. Different fans identify with the wrestlers on television even if they aren’t cheating to win.