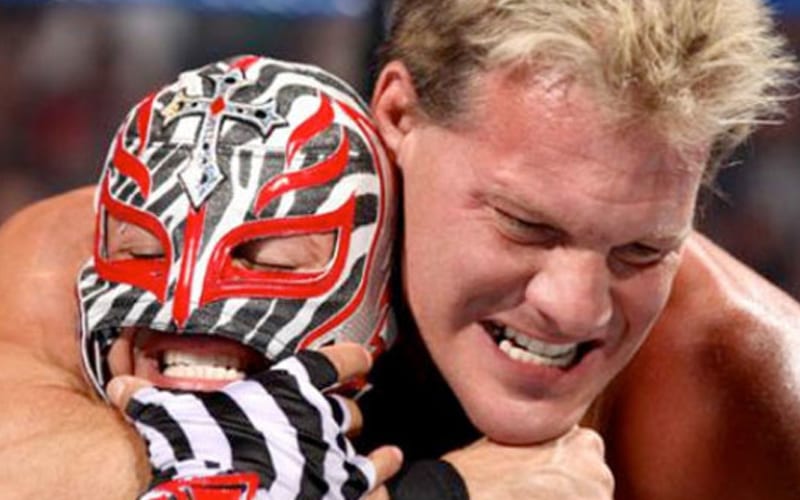 Chris Jericho and Rey Mysterio have met in the ring before. Le Champion also thinks that he’s better.

Mysterio is widely praised as one of the greatest of all time. He is certainly one of the greatest masks to ever wrestle in the squared circle. Cody Rhodes recently had glowing things to say about Mysterio as he credited him for changing his career.

Chris Jericho heard what Cody Rhodes had to say about Mysterio. Le Champion only had four words for his reply: “Don’t agree. I’m better.”

We’ll have to see if Chris Jericho will be able to prove that to Mysterio in the ring. WWE and Mysterio are reportedly very close to figuring out a new contract, but AEW might always be an open opportunity.

Chris Jericho very recently addressed the chances of his own WWE return and it doesn’t seem likely. It’s also not probable that if Jericho returned to WWE that Vince McMahon would even book a match for him and Mr. 6-1-9.