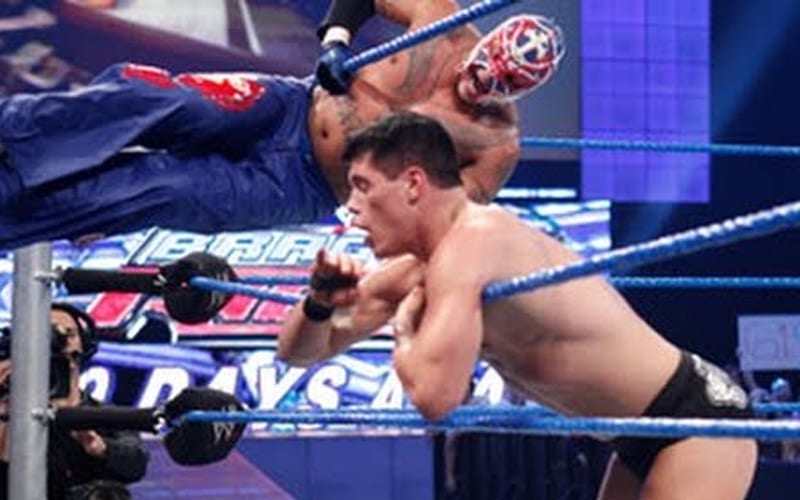 Cody Rhodes was able to take part in many programs in WWE, but his WrestleMania storyline in 2011 was something very special for him as he had a career changing moment with Rey Mysterio.

WWE and Rey Mysterio are reportedly still working on a new deal. It is expected that they will arrive at an agreement. AEW could be his plausible home if Mysterio can’t make something work with Vince McMahon.

While speaking with Sports Illustrated, Cody Rhodes stated that working with Rey Mysterio at WrestleMania 24 was a career-altering experience in the best way.

“The one thing Chris Jericho and I can agree on is that there is nobody greater than Rey Mysterio. That’s someone that is really special.”

“There are people I give a lot of credit for helping me build my career, and they’re not always the obvious ones,” Cody said. “Dusty and Dustin, of course they were involved, but they’re family. Rey Mysterio, I don’t even know if he remembers, but he changed my whole career.

Cody Rhodes is always looking to learn something new, but working with Rey Mysterio was apparently a study in pro wrestling he will never forget. We’ll have to see if Cody vs Mysterio ever happens again, but it’s not likely to take place in a WWE ring.