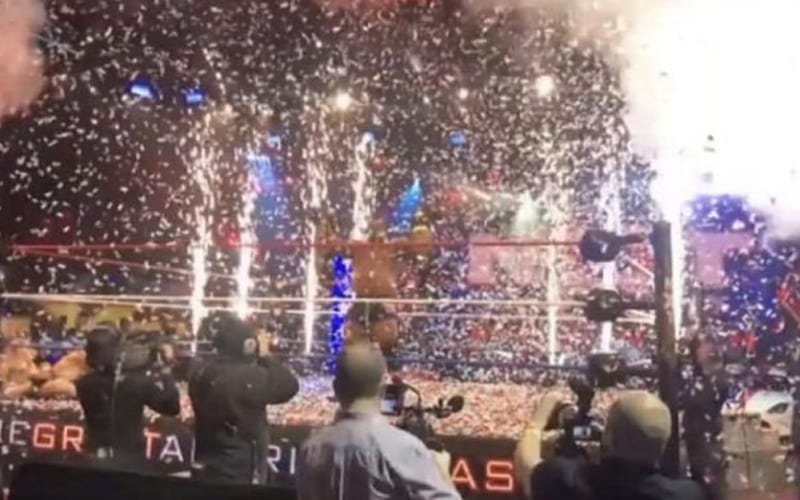 Keith Lee pulled down the NXT Title at the Great American Bash, but a lot of people saw that coming. A spoiler photo was posted on Indus Sher’s Saurav Gurjar’s Instagram story of Lee holding both titles at the end of the night.

Saurav Gurjar apparently had something to say about this social media mistake. He was very sorry for sending out that image.

According to Fightful, Gurjar apologized for posting that photo to his Instagram story. This took place during a backstage meeting.

Fightful has learned that at the last set of WWE NXT tapings, a backstage meeting was held and Indus Sher’s Saurav Gurjar apologized for spoiling the results of the title-for-title match before it happened.

It was also reported that WWE Performance Center head coach Matt Bloom is a big fan of Indus Sher. There is “no significant heat on him” and no punishment is expected.

Indus Sher haven’t been mentioned on WWE television for a number of weeks, but it’s likely they’ll be back.