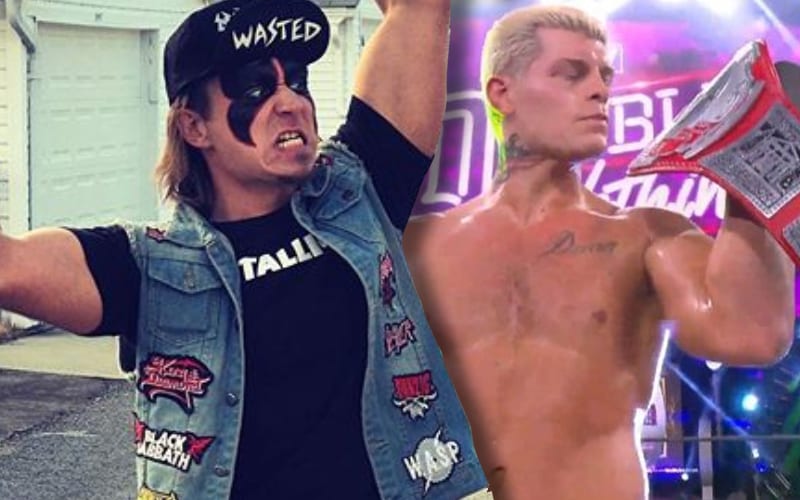 Warhorse is about to have the biggest match of his career on AEW Dynamite next week. The internet spoke out as Cody’s mentions filled with #CodyFearsWarhorse, and now Warhorse says he is coming to take the TNT Title.

Arn Anderson caused quite a stir when he asked Cody what he thought about “that Warhorse kid.” Then the match was made.

Warhorse sent out one of his trademark all caps tweets saying: “CODY SAID I CAN KICK HIS ASS AND TAKE HIS BELT IN 5 MINUTES.” This message was heard loud and clear as AEW on TNT’s account used Warhorse’s phrase to hype Wednesday’s match.

The next TNT title challenger has been announced and rumor has it @CodyRhodes doesn’t think he’ll last 5 minutes. What do you think?

Warhorse has quite a vocal following and that is largely why this match was created. Another huge factor is the fact that Warhorse never stopped grinding, even during the pandemic. During that time he was chosen in a tournament of fan voting to be a playable character in the upcoming RetroMania video game as well.

We’ll have to see how things for Warhorse vs Cody goes down. It might be helpful if AEW could a counter on the bottom of the screen that counts down from five minutes.