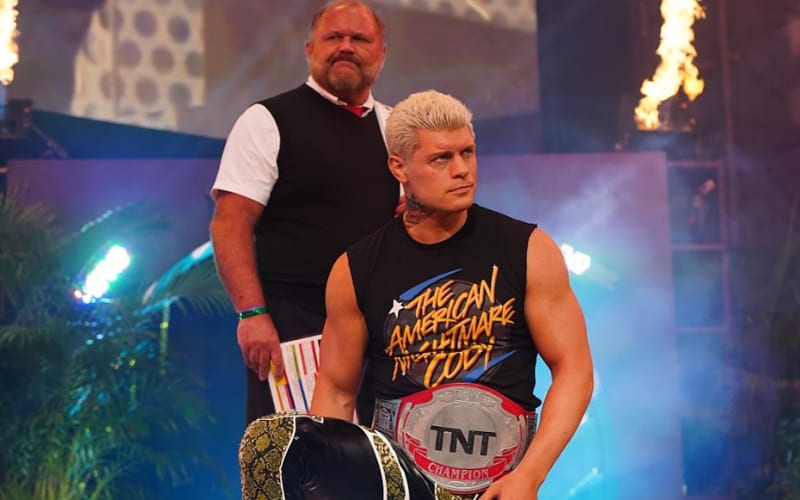 AEW introducing the TNT Title brought the idea of an open challenge. It didn’t take long for Warhorse to start making a lot of noise on social media, and people noticed.

Cody Rhodes revealed during a recent Q&A that he doesn’t pick his opponents for the open challenge. He said Arn Anderson, QT Marshall, and Tony Khan handle that. He did admit that he has his eye on Eddie Kingston and Warhorse.

During a recent interview, Cody Rhodes was asked who on the indies or within AEW he would like to defend the AEW TNT Title against next. Then Arn Anderson tapped Cody’s arm and he had a suggestion about a future opponent.

“Try this one on, how about that Warhorse kid?”

Warhorse’s fans blow up Cody Rhodes’ mentions on a daily basis. Scrolling through #CodyFearsWarhorse on Twitter is quite entertaining. It looks like Cody got the message.

We’ll have to see if Warhorse shows up in AEW, but his reply seemed imply that he’s all about the opportunity.