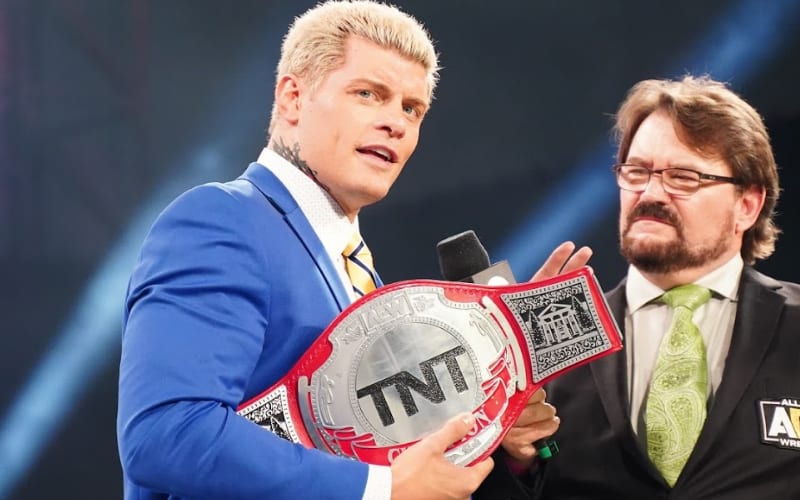 Cody Rhodes is the AEW TNT Champion, and his open challenges have captured the attention of the pro wrestling world. You never know who will show up to take on the American Nightmare.

During a pre Fyter Fest Q&A, Cody Rhodes was asked about bringing in Eddie Kingston for an AEW TNT Title open challenge. Cody revealed that Arn Anderson, QT Marshall, and Tony Khan are the ones who field his challengers. He is considering Kingston as well as another indie star who is currently ruling his mentions.

I’ll say this. Arn, TK, @realmmarshall1 help pinpoint challengers for the open challenge. And against the wishes of those not wanting to reward folks going into business for themselves…I am considering him…and the other 1 who rules my mentions. Stay tuned.

“The other one” who is ruling Cody’s mentions is Warhorse. The 27-year-old St. Louis native captured the IWC’s interest in the past year with his all-caps tweets about “ruling ass” and high-energy promos. He will also be featured in the upcoming RetroMania video game. He won a tournament of voting in order to get that spot, so he has plenty of fans tweeting at Cody.

AEW has a lot of options in the indie wrestling scene. A lot of talented people haven’t been able to perform for months. Any chance they can get to perform is welcome at this point, especially if it’s for the AEW TNT Title.