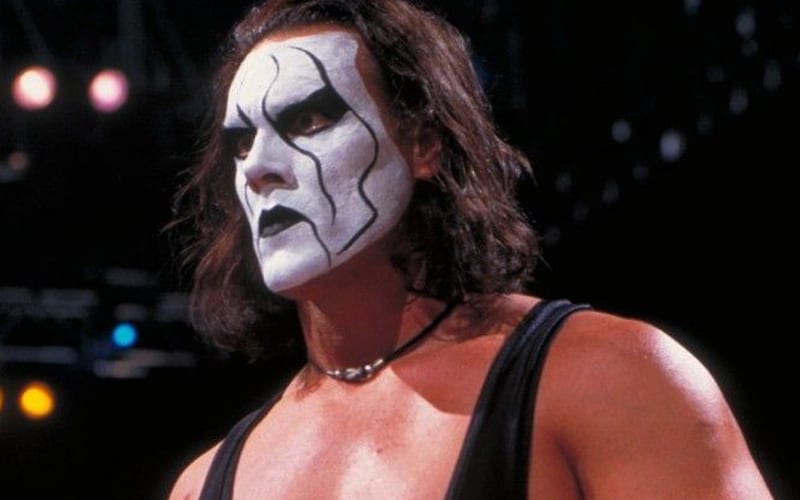 Sting is a WWE Hall Of Famer for the contributions he made to the company, and pro wrestling as a whole. He probably wouldn’t want to only be remembered by those few matches he had in WWE.

Two Man Power Trip Of Wrestling recently spoke with Sting. He’s done with pro wrestling by all signs. His days in the ring are over, but he hopes that fans will remember how dependable he was for so long, and how many great matches he had.

Man, I hope people remember things like my worth ethic, being dependable, I didn’t pull no shows, I didn’t milk injuries, I had longevity. When I was in the ring I tried to bring in every night. I tried to be as entertaining as I could, keep the crowd involved in the match. I’m hoping fans will remember my gear, staying in shape, being believable, trying to always be better, always be innovative, and creative, the way I was able to change and evolve. I hope they remember those things about me.

Sting’s character is unique as he was able to change with the times. So many wrestlers fail as they neglect the evolving fan base reflected by the society they live in. Sting knew that an edgier presentation needed to happen. He took a rare break, and came back as a new black and white incarnation.

All of those factors certainly contributed to Sting’s longevity in the ring. He didn’t have much of a career as a WWE Superstar, but his resume prior to WWE was world-class.

He worked for years to establish that faith with the fans and his employers. Now that his career taking bumps is behind him The Stinger hopes that fans will remember that.