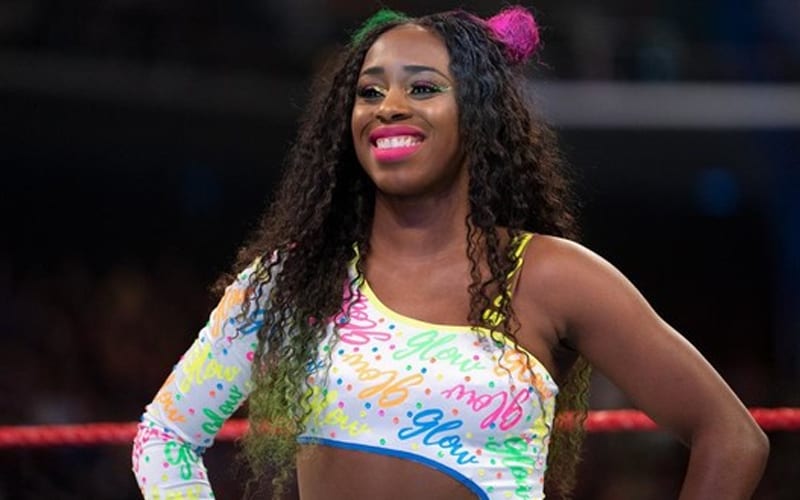 Naomi lost a match to Lacey Evans last week on Friday Night SmackDown and fans weren’t happy about it. #NaomiDeservesBetter lit up Twitter, and Booker T noticed. He also caused a stir with his comments.

Sasha Banks told Naomi not to listen to people with worthless opinions. Then Booker T wanted to put an end to things. On his Hall Of Fame radio show, Booker T said:

I’m gonna end it on this, if you think I can’t help you at all and that’s all I’m trying to do is help you get to the next level. you think the guys on the Internet, on social media can help you more than I do, go that route. I’m gonna leave it at that.”

Naomi replied to Booker T today. She did feel that her work was being dismissed, but she appreciates constructive criticism, especially from someone like Booker T.

“I don’t feel this way nor would I ever say something like this! Tho I felt my work ethic & what I have earned on my own merit was dismissed, the advice & constructive criticism was greatly appreciated & will be applied esp. coming from @BookerT5x! I’ll cont. striving to improve.”

Booker T said that his offer is still on the table to help The Glow out however he can. “I appreciate that. I’m only ever here to help and if there’s any way I can, the offer will always stand!”

Naomi is the special guest on Miz TV this week. We’ll have to see what WWE does with this new focus she received as she continues to strive for success in WWE.