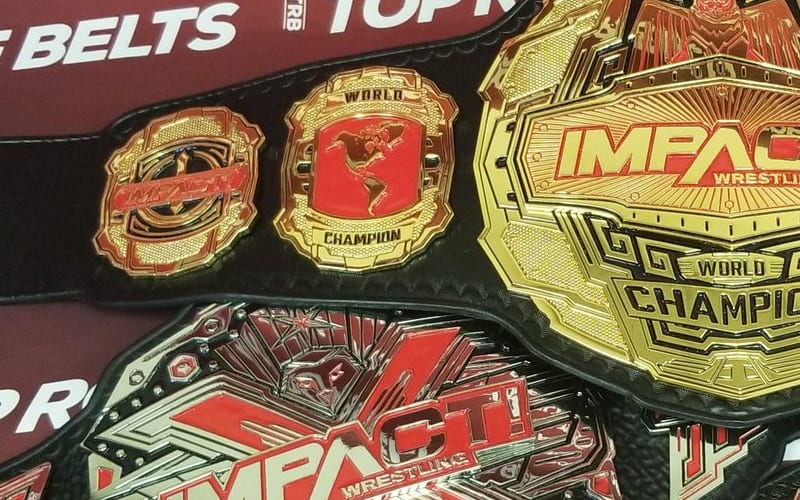 Impact Wrestling had a bit of an issue with Tessa Blanchard. She hadn’t sent their title back to them yet. Tessa allegedly wanted a lot of cash before she would send it back, but she denied that story. The company went ahead and had new titles make anyway.

It appears that the Tag Team Titles might be remaining the same for now. The TNA Title isn’t officially recognized by the company as Moose is carrying it around as the self-appointed TNA Champion. He still defends the title within the company.

TopRopeBelts revealed these new designs. They added more gold to the World Title and gave everything a cleaner finish. They certainly look newer as they updated the classic design.

All three of those titles found new holders at Slammiversary. So, it’s only fitting that they all get updated looks.