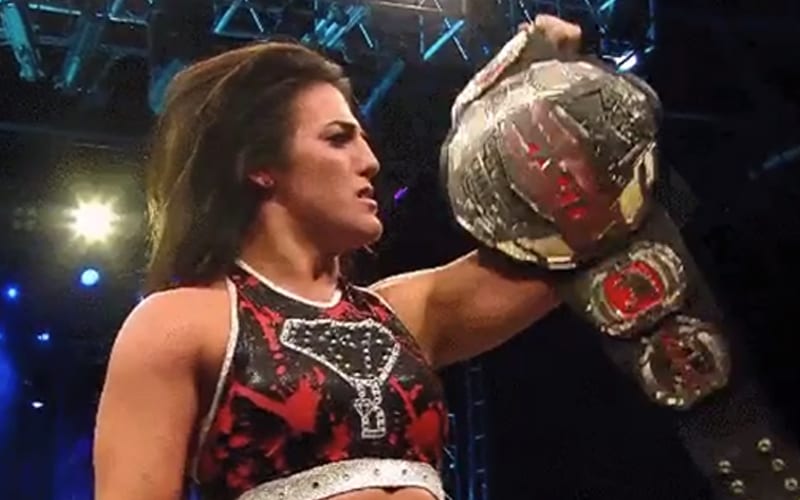 Tessa Blanchard was fired from Impact Wrestling, and she might not be very happy about that. She was also Impact World Champion at the time which reportedly caused an issue.

It is said that the company will get their title back. Tessa Blanchard’s camp apparently claims that Impact Wrestling just gave her the address to send the title to this week.

Tessa Blanchard and IMPACT Wrestling are on the outs, and reports have emerged suggesting that she demanded a large sum of money to return the title. Her side of things has disputed that, and mentioned that not only did Tessa not try to hold up IMPACT, but that the company only provided an address to send the belt this week. They claim the title is planned for a safe return.

No matter who has the true story, the takeaway should be that the Impact Wrestling World Title Eddie Edwards won at Slammiversary wasn’t the real deal.

Impact Wrestling will get their property back, but Blanchard needs to send it back to them first. Hopefully, the title gets home safely.