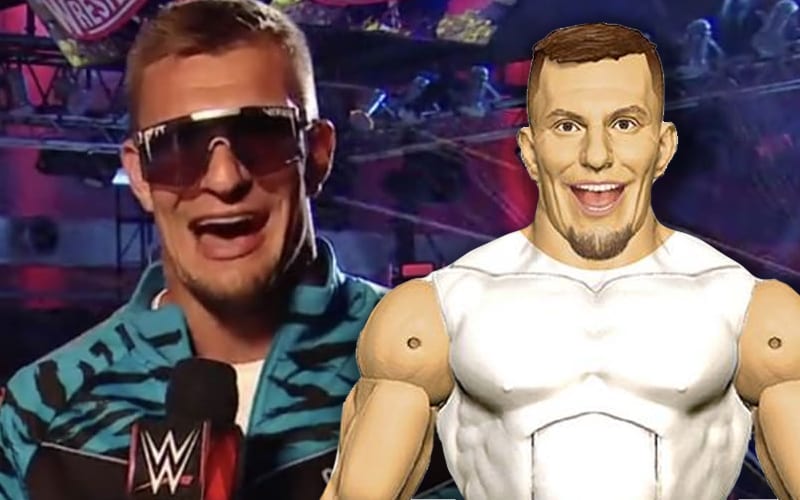 WWE is always pumping out new action figures, and it’s always interesting to see when someone gets a first time in the line sticker on the packaging. Rob Gronkowski wasn’t around WWE for very long, but he’s getting a Mattel Elite edition of himself.

The San Diego Comic Con is going on right now, but there’s no physical convention. That’s another thing that COVID-19 wrecked for everyone. WWE had some reveals planned for that annual expo of everything awesome, but now those figures are coming out online instead.

Plenty of great action figures are on the way which you can find here. The one that caught our eye is former WWE 24/7 Champion and current Tampa Bay Buccaneer Rob Gronkowski.

Mattel even packaged him with a WWE microphone, sunglasses, and a 24/7 Title so you can recreate his WrestleMania moment.

Other figures hyped for the upcoming line include the Viking Raiders, John Morrison, Keith Lee, and Rocky Johnson. We’re betting that Gronk figure will be a hot ticket item once it drops.

Ringside News dropped an exclusive a while ago about why Gronk had heat in the locker room. We suggest you check that out here.