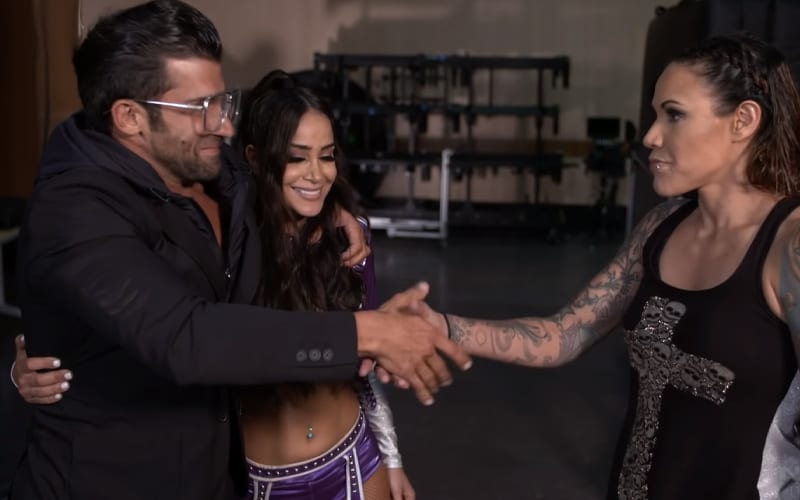 WWE NXT saw a stable get a new member this week. Mercedes Martinez joined the Robert Stone Brand, but she had conditions. He needs to do his job and stay out of her way. This could likely line up Martinez’s next feuds.

Dave Meltzer mentioned on Wrestling Observer Radio that it’s likely Mercedes Martinez will take care of Shotzi Blackheart for the Robert Stone Brand. Then she could turn her attention to someone who previously one-upped Stone: Rhea Ripley.

This could be a great way to not only use Mercedes Martinez in NXT, but also give the Robert Stone Brand more mileage as a stable.

What do you think about this booking direction? Sound off in the comments below!