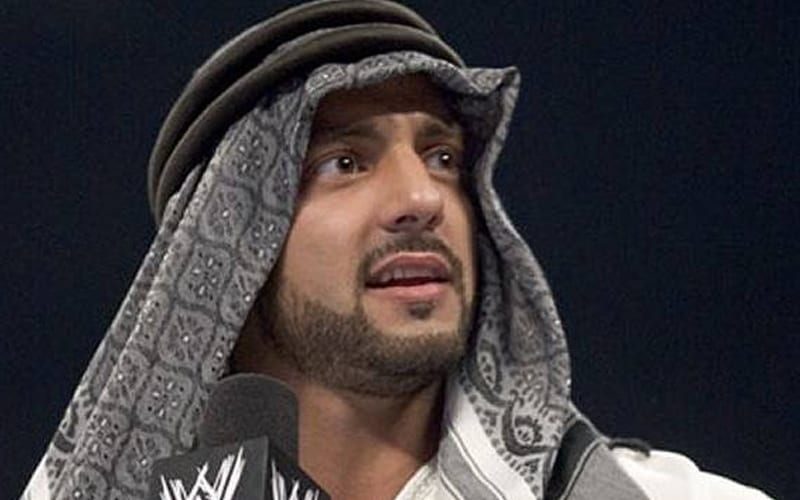 Muhammad Hassan had one of the most controversial gimmicks in WWE history. It did not age well, but it wasn’t very accepted at the time either. A terribly timed angle right after a real terrorist act caused WWE to nix the gimmick and Muhammad Hassan was never seen again.

Hassan is still doing well. He went into education and became a junior high principal. He recently had a chance to sit down with Chris Van Vliet for an interview where he talked about where it all went wrong.

He explained why a WWE departure was his desired path in life. It took so long to make it to WWE, but it also took around a decade to get over the heartbreak of being cast out as he was.

“I didn’t get over wrestling until probably 10 years later. I probably didn’t get over wrestling until I got back in the ring a few years ago. And I remember people asking me questions about why I did that, they thought it was some planned thing like I was going to go back to WWE. No. I think I was 38, I needed to see if I could still do it. And I did it, and it was actually fun, I had a blast and then I’m like I’m never doing this again. I just needed to do it. And that’s when I started to get over wrestling and that’s when I think I started to mend. It was a huge loss. It was a huge heartbreak. And I think it took me a long time. And then I started a couple of years ago to do a few interviews here and there, I really hadn’t done much since. I guess I started to stop avoiding it because of how it made me feel, the thought of failure and everything that had happened from the character. I was always proud of it but now I don’t feel that when I talk about or think about wrestling.”

Muhammad Hassan recently released a comic book which Shad Gaspard had a heavy hand in creating. They are also selling limited edition covers with Gaspard and Hassan getting their own feature.

Hassan seems to be in a much better place now that enough time has gone by. There weren’t quite as many smiles at the time when he was first experiencing the situation.

Thanks to Chris Van Vliet for sending in the quote