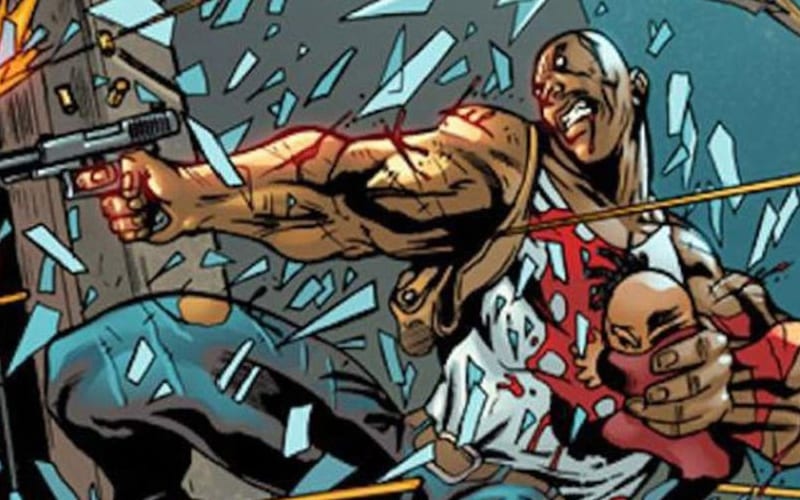 Shad Gaspard tragically passed away in May, but his memory live on in many ways including in comic book form.

A new comic book series is set to be released in November called The Assassin and Son. Gaspard wrote the comic book along with former WWE Superstar Marc Copani.

Gaspard signed a deal with Scout Comics a year or so ago, but now the comic book is coming out. Marc Copani, who played Muhammad Hassan in WWE will also be in the book with Gaspard.

Only 1,000 copies are made of each special edition cover. If you’re interested in a copy you can get one here while they last. The plot is as follows:

Set in the dark and gritty streets of New York’s five boroughs, Assassin & Son: Path of Vengeance tells the tale of Donovan Braddock, a one-man killing machine who worked with a team of assassins known as The Horsemen. When Braddock tries to leave his old life behind, his wife is murdered in front of him and his young son. With nothing to live for, but everything to fight for, Braddock and his son seek revenge on the men who took everything, sending them both on an epic journey of revenge and consequence that becomes the Path of Vengeance.

Featuring the comic writing debuts of former WWE wrestlers, the late Shad Gaspard (member of Cryme Tyme) and Marc Copani (Muhammad Hassan)! Assassin and Son is a gritty urban-western set in present-day New York. Donovan Braddock is a one-man killing unit who works with a team of covert assassins known as “The Horsemen,” When Braddock attempts to live a normal life and leave his old violent life behind he discovers that violence still follows him as his wife is cold-heartedly murdered in front of both him and his young son. Now with nothing to live for, this tragic event sends father and son on an epic journey of revenge and consequence that becomes their “Path of Vengeance.”

Shad Gaspard was also working on a television series called Pinfall. You can click here to see rare footage from a table read for that series. Mick Foley promised Gaspard’s wife that he will do everything in his power to help that project become a reality as well.