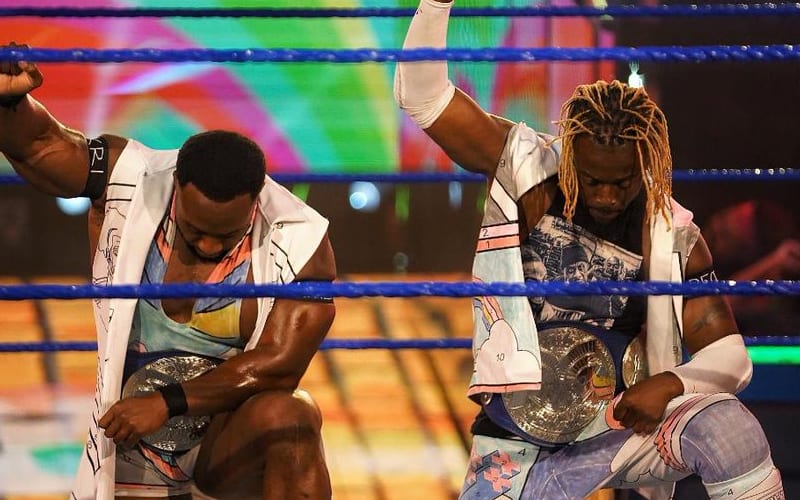 The New Day made headlines when they entered the ring recently and instead of doing their signature pose, they took a knee and raised their fists. This image was captured by many fans and it was also made into artwork.

Down Right Merch is now selling a special edition t-shirt depicting The New Day kneeling on Friday Night SmackDown. This moment was captured while Black Lives Matter protests were going on throughout the country after the killing of George Floyd.

Julius Hutchins was the original artist behind the painting which you can see below. Big E later let fans know that there was a shipping issue with the website, but it should be fixed now.

These t-shirt will be sold with all proceeds going toward the NAACP Legal Defense and Educational fund. Big E encouraged fans to buy the t-shirt in a video message which you can see below.