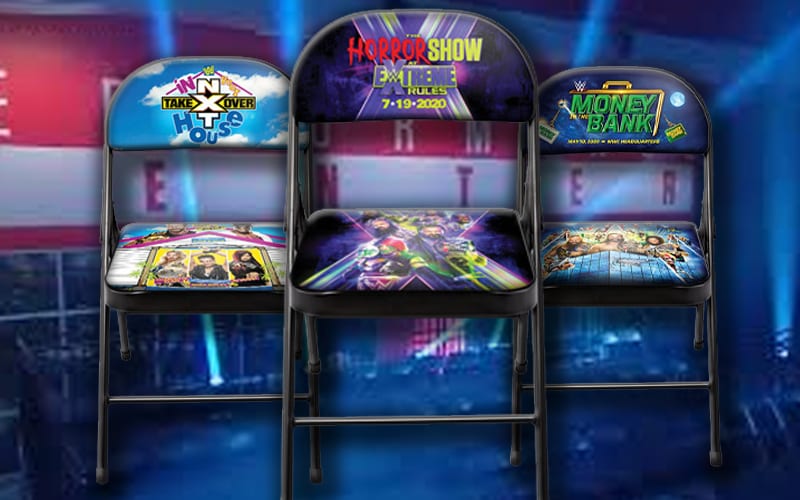 WWE hasn’t had any fans at their events in months, but that won’t stop them from selling chairs as if fans were able to make it in the building.

The company sold event chairs for WrestleMania, but that made sense. They had the chairs made and sold tickets for the show. Fans weren’t allowed in the stadium, and WWE decided to offer those chairs to fans for a price. They didn’t stop either.

The company has released event folding chairs for Backlash, Money In The Bank, NXT TakeOver: In Your House, and The Horror Show at Extreme Rules. These chairs aren’t cheap either as each folding chair runs $150.

WWE hasn’t had any real paying fans in the building since the pandemic started, but even when they could use a crowd chairs weren’t brought in and everyone had to stand.

WWE obviously wants fans back in the building for their events. They haven’t stopped the tradition of making folding chairs for those events either. Hopefully, chairs like this will be included in the ticket price when WWE can start selling front row seats for their shows once again.