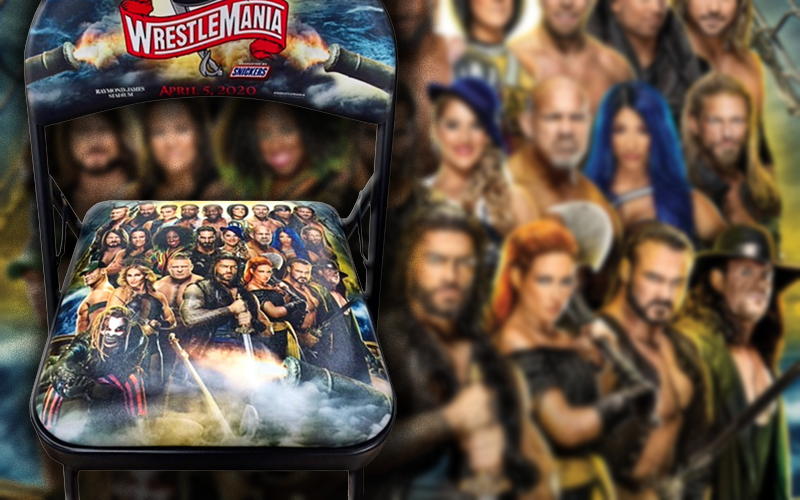 WWE sold a lot of tickets for WrestleMania 36, but they didn’t have any butts in the seats. The company made custom event souvenir chairs, but there are no fans to give them to.

The company is now selling their official WrestleMania event chairs. The WrestleMania 36 logo is featured on the back and a majority of the Superstars on the show of shows is on the seat.

Fans can buy one seat for $99.99, but a whole set of four is $299.99. That’s not a bad price considering the hefty amount of money tickets were that came with those seats.

You can check out the images below to see what the WWE WrestleMania chairs look like this year. It would have been awesome to see them filling Raymond James Stadium instead of the WWE Shop.

WWE will be back, but until they do fans can own this little piece of company history.