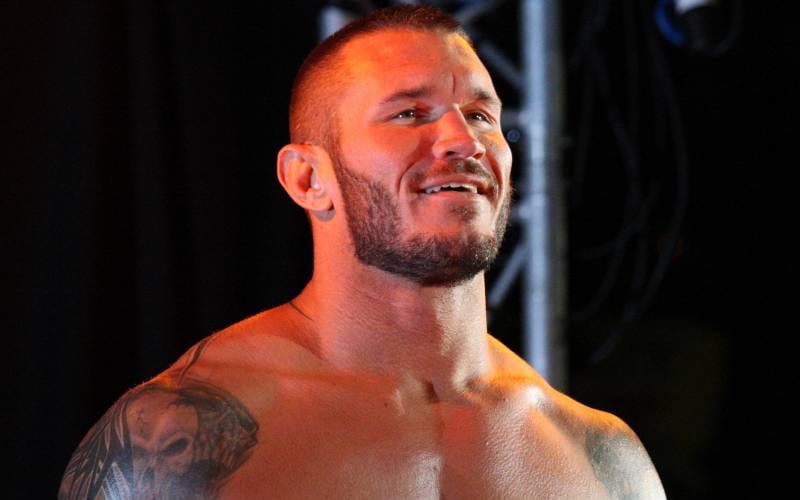 Randy Orton recently started a back and forth with indie wrestler RJ CIty. After this exchange The Viper might also put in a good word to help make RJ City an NXT Superstar.

RJ City is a heel in the ring, and on Twitter. He proved this by getting Randy Orton’s theme song stuck in his own head. This caused The Viper to say “Matt Cardona was right. You really are an asshole. Now I can’t get that stupid tune out of my head.”

“You hear voices in your head,” was RJ City’s reply. Orton was apparently having a bit of an issue because he commented back with lyrics from his own entrance music. Then he followed that with “f*ck you for doing this to me bro. As AJ Styles would say, ‘frick’…. also he’s a flat earther. Lets talk about THAT.”

RJ City didn’t know what to make of that tweet from Orton so he had some Twitter “coaching” for The Viper.

“Kid, your tweets are all over the place, there’s no psychology. Slow down, let them breathe. Tell a story.”

This little social media advice was followed by Randy Orton asking RJ City how good his “leg slap technique” is. Then Orton informed RJ City that he could put in a good word in NXT because he happens to know some people with connections.

We’ll have to see if RJ City gets a call from WWE because of this little Twitter exchange. The company doesn’t seem to be signing many people during a pandemic. It’s okay, because RJ City replied with a graphic showing that he already signed with the American Wrestling Association, a company that’s been defunct since 1991.

This isn’t the first time RJ City had interactions with a top WWE Superstar in recent memory. “Stone Cold” Steve Austin was on his coffee and underwear YouTube series. RJ City was in his underwear and drank coffee, but Austin wasn’t about drinking coffee in his underwear. You can check out that video below.