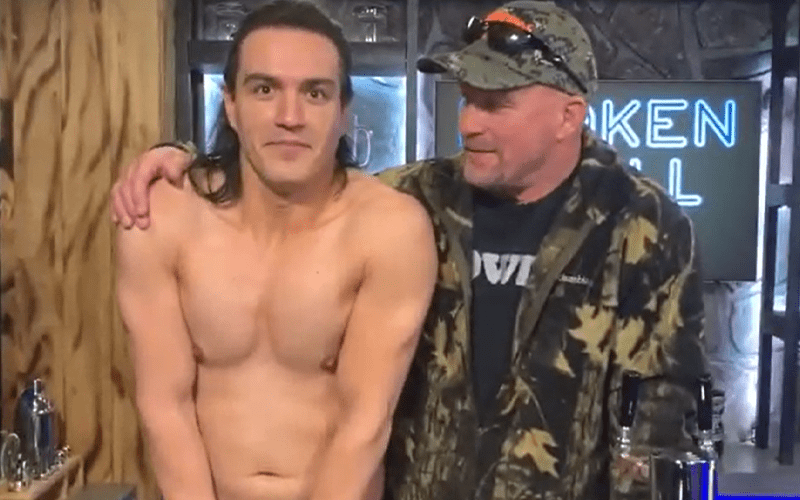 Steve Austin has the ability to pop in and do a media appearance if he wants to. Indie wrestler and David Arquette’s best friend RJ City releases a weekly Sunday series where he interviews wrestlers while they drink coffee in their underwear. The Rattlesnake was interested in appearing with RJ City, but he wasn’t about coffee or underwear.

RJ City started off his video with Austin in the wrong way. He called the WWE Hall Of Famer “Steven Austin” which is not something Steve likes to hear at all.

After RJ City pointed out the polka dotted underwear he was wearing, he remarked that Steve Austin is more of a fleece guy. This is when Austin delivered a few short lines before walking off.

“Love the polka dots. Not doing coffee in my underwear. That’s the bottom line. You can see yourself out the front door. I’m gonna go out this way. Don’t mess with my beer. Goodbye. Thank you very much.”

RJ City has been catching some attention with his Twitter and YouTube videos such as his “RJ Makes Coffee In His Underwear” series. He has also been making plenty of towns. This was a very short, yet notable appearance for Steve Austin because he wouldn’t have done this video if he didn’t want to.