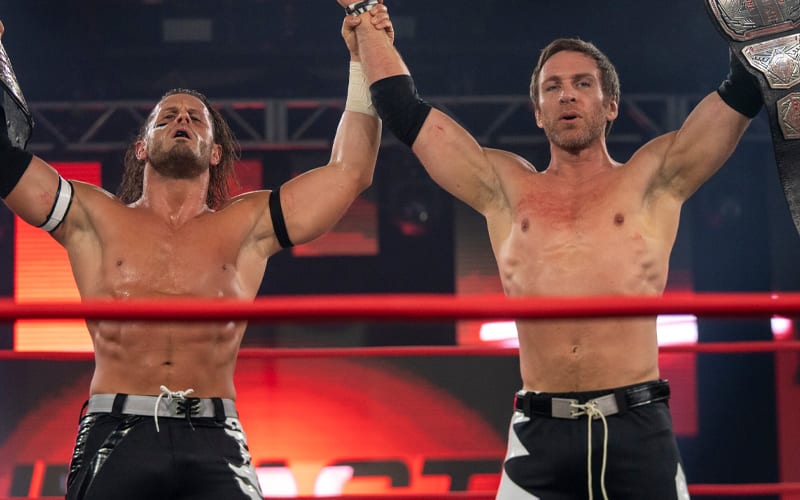 The North made strong champions for a year in Impact Wrestling, but that time has come to an end. After an action-packed and very physical tag team title match, The Motor City Machine Guns are the new Impact Wrestling Tag Team Champions.

The Motor City Machine Guns made their return to Impact Wrestling at Slammiversary. They defeated the Rascalz in the opening match during a tag team open challenge.

Later on in the Slammiversary pay-per-view they approached The North following their successful title defense over Ken Shamrock and Sami Callihan. This set up a tag team title match for this week.

It was previously reported that Impact Wrestling has big plans for the Motor City Machine Guns. This is the second tag team that Alex Shelley re-formed this year after appearing with the Timesplitters in NXT alongside KUSHIDA for one match only.

You can check out the closing moments of the match below.