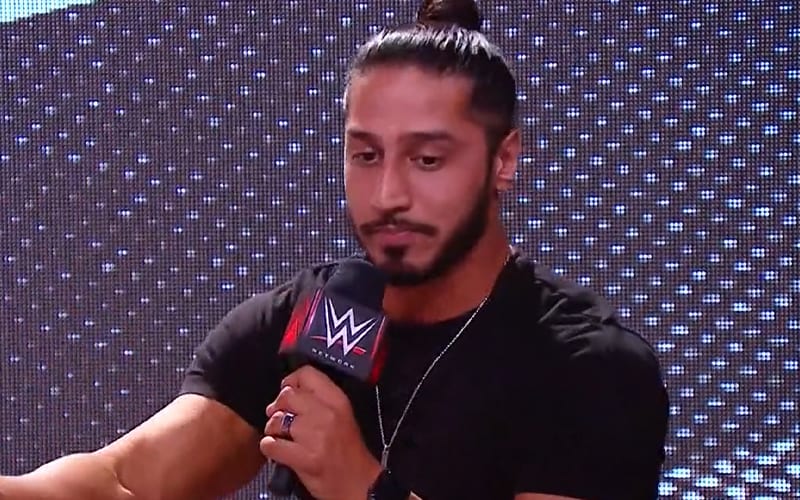 Mustafa Ali made his return to WWE RAW this week. He got off to a great start as a surprise partner for Ricochet and Cedric Alexander. Then Ali picked up the win. Ringside News exclusively reported that Mustafa Ali would be returning.

Ali appeared on RAW Talk following the show this week. The next morning he tweeted out a video clip from that appearance along with a caption to explain what was discussed.

Last night, a lot went down. I went into #RawTalk with the intention of talking about my return and all the work I put in to make that happen. But anytime I have the opportunity to talk about #BlackLivesMatter and police reform, I will.

Mustafa Ali spoke candidly about his experience as a Chicago police officer. He also went into a bit of detail about how the system of policing America was formed in the first place.

“Honestly, that’s a super serious topic and you have to speak especially when it’s the right thing to do and the right thing to do — and a lot of people don’t know is I have four years of experience as a police officer. I was there. I saw it, I understand it, and I can say without a shadow of a doubt that no real change will happen unless we change the criminal justice system as a whole.”

“A lot of people don’t know this, but the earliest incarnation of the police department was to capture runaway slaves. That’s reality. That’s where the police reports come from. So when you have something that’s designed from its inception to target a certain demographic, a certain group of people it’s hard to shed ties with that and the criminal justice system as a whole is designed to profit, not protect and there in lies the issue. In any facet of society when profit is a motive it always becomes a primary objective and unfortunately, that should not be the case when it comes to the criminal justice system.”

Mustafa Ali is very outspoken about this subject and he has released a video statement about it in the past.

Ali showed up on RAW Talk this week to discuss his WWE return, but he ended up talking about a much different topic. He didn’t mind and jumped at the opportunity to discuss the Black Lives Matter movement further.