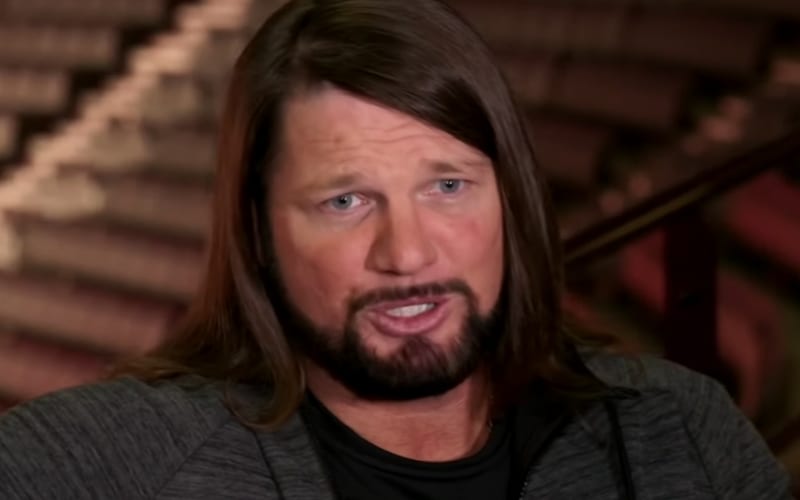 Many have laced up their boots and given their lives to the squared circle. However, only a select few have reached the absolute pinnacle of Sports Entertainment and have cemented their names in the books of history.

WWE Intercontinental Champion AJ Styles recently revealed his “Pro-Wrestling Mt. Rushmore” in an interview with The Sun. The Phenomenal One had a tough time picking names and tried not to limit himself to just WWE.

Styles named Ric Flair right off the bat and then revealed that legendar pro-wrestling pioneer Lou Thesz would be another one of his picks. The Intercontinental Champion then went on to name Hulk Hogan as his third pick due to his sheer popularity and relevance in pop-culture.

The reason why so many guys and girls get the opportunity to make a living, right. So who are those people? Ric Flair is gonna be up there.

He has to be. I mean, but Lou Thesz is also another guy that you know. Do we throw Hogan in there because everybody remembers?

I didn’t watch WWF at the time when I was a kid, but I watched the cartoon on Saturday mornings. So that’s how I knew who Hulk Hogan was.

But then again, in Rocky III as well, Thunderlips, so I knew him from that but I didn’t watch the wrestling. So he surpassed that, bigger than wrestling, he was a movie star as well.

Styles went on to name Andre The Giant as his next pick and said that the likes of Ricky “The Dragon” Steamboat and Macho Man Randy Savage are also deserving of that spot. By the end, Styles said that his three picks “for sure” would be Andre, Hogan, and Flair, leaving the fourth spot open for debate.

Is that three? Who is the fourth that belongs there. That’s tough. I know if I say this guy, it’ll be oh wait, you forgot about this one like, yeah, shoot.

Because there’s Ricky the Dragon Steamboat, The Macho Man, Andre the Giant, like he also broke that barrier of larger than life.

In fact, he was probably the first one to do it. So if I had to, and I know I’ll go back and I’ll change this a million times, Ric Flair. Hulk Hogan, Andre the Giant, Lou Thesz.

I’m trying to reach not just WWE, you know, but outside of that as well.

The reason why I saw Lou Thesz and not some other guys who have definitely shaped this business is because I didn’t watch it.

I didn’t have that cable where I could watch WWF. So I think my three for sure gotta be Hogan, Andre, and Ric Flair. That fourth is open to debate.

Styles also wondered if WWE as a brand or Vince McMahon could end up on the Mt. Rushmore. He ultimately admitted that it was a hard decision to make.

Who would you have on your pro-wrestling Mt. Rushmore? Let us know in the comments below!