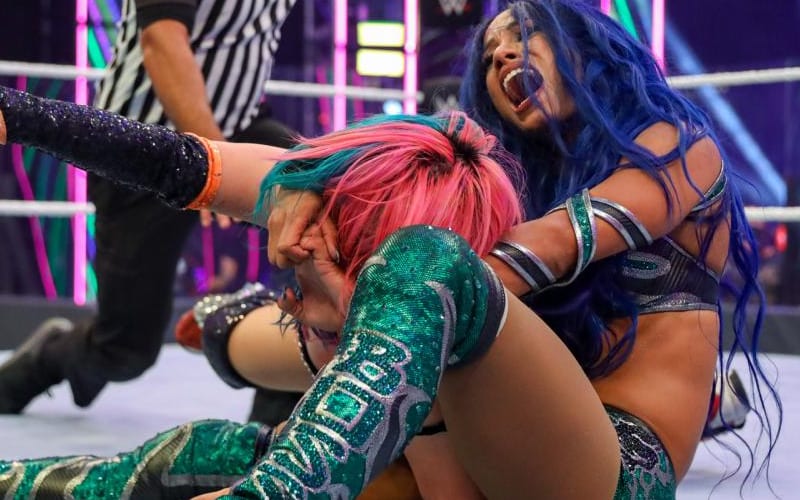 Sasha Banks walked out of the Horror Show at Extreme Rules with two titles, but is she really the RAW Women’s Champion?

Bayley put on a referee shirt and she counted to three. She declared Sasha Banks as the “winner” and “new champion.” WWE even played Sasha Banks’ music as she left. That didn’t make it official.

Asuka is still listed as the RAW Women’s Champion on the official WWE website. Their Horror Show at Extreme Rules match was also officially listed as ending in controversy.

We’ll have to see what’s next for this storyline, but it’s pretty clear that it’s not a cut and dry issue. Banks might claim ownership of the RAW Women’s Title, but Asuka will likely have something to say about that.