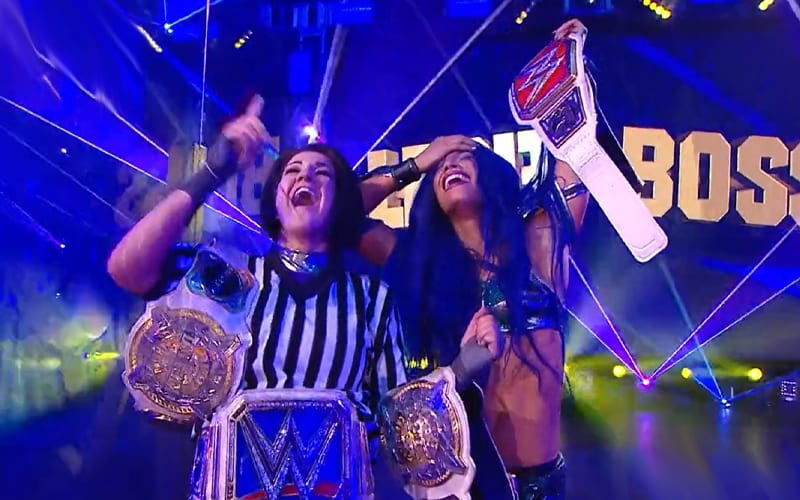 WWE’s Horror Show at Extreme Rules included a very controversial ending to the Raw Women’s Title match. They will try to sort things out on Raw.

We exclusively reported that Vince McMahon called for them to tear up their plans for Raw this week. We reported that information this morning. Later on, it was revealed that Raw’s tapings were delayed and we had even more exclusive insight on why that happened.

PW Insider reports that the company has landed on a plan for the Raw Women’s Title situation. As of a few hours ago, Sasha Banks will not be recognized as the new champion. She will have the belt, but Asuka is still the champion.

WWE will also follow up on the Raw Women’s Championship situation coming out of Extreme Rules.  As of several hours ago, the direction was that Sasha Banks would not be recognized as the new champion but that she had possession of the title belt.

As we previously reported Asuka is still listed as the Raw Women’s Champion on the official WWE website. This was the plan, but things could change. Mustafa Ali was also slated to return to television during this week’s Raw which we exclusively reported. Right now we’ll have to see what Vince McMahon approves.

As of this writing only two makes have been confirmed. Randy Orton will battle Big Show in an unsanctioned match. Seth Rollins will also take on Aleister Black.