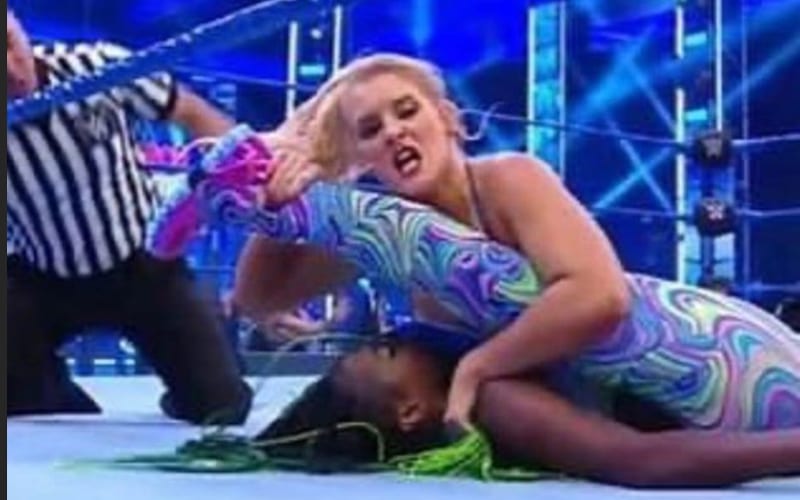 Naomi returned to WWE television recently, but she hasn’t seen much success so far. She has been on television, but fans are rallying for WWE to treat her better. Naomi also had something to say about how she lost this week.

The Glow didn’t mention that Lacey Evans tied her hair to the rope. She did call out the manner in which she was pinned. Her leg was in a very intimate position which she called out via an Instagram story.

“There’s only 1 person I allow to do my leg like this and you are not him.”

Lacey Evans defeated Naomi after using The Glow’s famous hair against her. This was not the way Naomi wanted her experience on SmackDown to end at all this week. At least she was able to joke about it.

Hopefully, WWE will eventually use Naomi as more than a veteran to put over other Superstars.