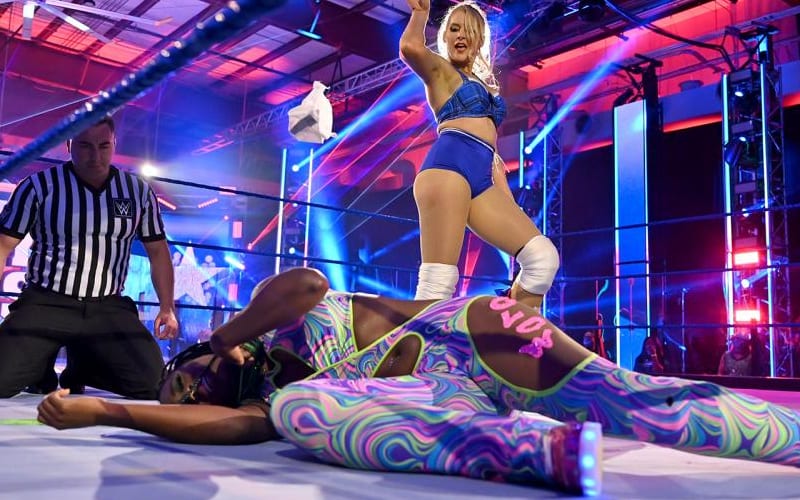 Naomi returned to WWE television, but things haven’t worked out for The Glow since coming back. Now fans want better for her.

Naomi wrestled Lacey Evans on SmackDown this week. She lost the match, and then Twitter went a bit crazy over this. The subject of Naomi deserving better in WWE lit up “Wrestling Twitter.”

This was so obvious that Twitter pulled Naomi’s subject out as their algorithm noticed a trend. It wasn’t long until users saw a special place on their trending topics for the former SmackDown Women’s Champion.

Tweets called for Naomi to be treated better by WWE. Others called attention to how as an African American woman Naomi deals with issues that others will never know. The general consensus was that WWE needs to book Naomi in a higher spot on the card.

You can check out some of the contributions to this trending topic below.