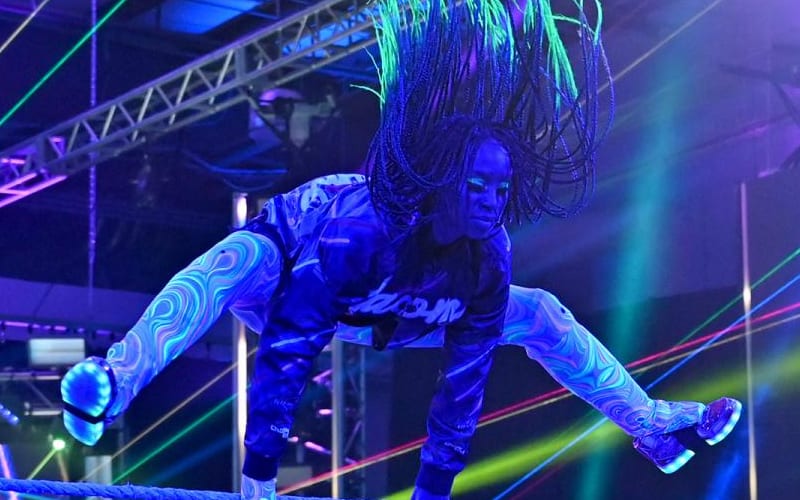 Naomi was pinned by Lacey Evans on SmackDown this week, and people were not happy about how it went down. Wrestling Twitter spoke out against how WWE booked The Glow, and Big Swole agrees with them.

The AEW star took to Twitter and voiced her displeasure about how Naomi is being booked in WWE. She replied to Lio Rush who said that Naomi should have been a 10-time Women’s Champion by now in the proess.

#NaomiDeservesBetter Naomi BEEN that woman, ok?! I will take no slander of any kind regarding that Queen.

Big Swole is getting a focus on AEW and they are using her in creative ways as she feuds with Britt Baker. Meanwhile Naomi lost on SmackDown after having her hair tied to the ring rope.

Naomi was able to make a joke about how Lacey Evans pinned her, but you can tell that she’s not 100% happy about how her WWE return has turned out so far.