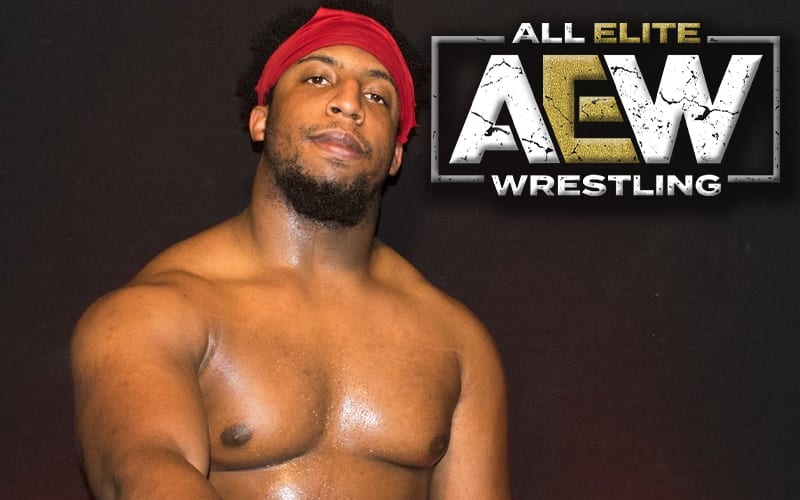 AEW opened their doors and promised that they would change the landscape of professional wrestling. They were going to make pro wrestling for everyone, but AJ Gray has a different opinion of their performance.

While speaking with Wrestling Inc, AJ Gray expressed a bit of disappointment with the amount of African Americans on AEW’s roster. He mentioned Scorpion Sky, but he went on to say that other African American wrestlers get stuck on AEW Dark.

“With WWE I don’t get time to watch as I’ve got to work every day. AEW – they preached – when they started their company how different everything would be, how diverse it would be and all of this stuff. I even talked about it on Twitter – if you look at them – one singles wrestler that’s a black male. Now with their women’s division, they’re actually doing something decent with that as they have quite a few with different backgrounds in their division. They have quite a few women with a different ethnic background but when you look at the males, it’s almost like it’s no one.”

“It’s Scorpio Sky and the African Americans they did use, they get about 2 minutes and 50 seconds on Dark. They get beat up really fast and that’s it. Is that all you think of that talent? Come on now, give them a legitimate chance. You gave Alan Angels a legitimate chance against Kenny Omega and now you signed him. What’s stopping you from doing that with Suge D or someone else?”

AEW is still building their roster where they have young talent like Private Party and Sonny Kiss who have bright futures. Brandi Rhodes is also the first African American woman executive in pro wrestling history. We’ll have to see if AEW signs more African American wrestlers in the future. There are certainly a number of talented people on the indies who meet that criteria.

Gray went on to say that WWE is not innocent when it comes to this subject. They are featuring people like The New Day, Bobby Lashley and MVP, but they certainly weren’t that diverse a decade ago.

“Then you have to still think about the ACH situation. It’s like, yes, they are doing good but they can be better. It’s just stuff like that.”

ACH called WWE out for a t-shirt that he deemed racist. It was a shirt available on WWE’s custom website and when placed on a black shirt, ACH’s design resembled black face. He caused quite a public conversation as he called WWE out for “not caring about black people.”

Pro wrestling has changed a lot with the times, but they have a way to go until equality is reached. What do you think about the diversity in AEW and WWE? Sound off in the comments below!