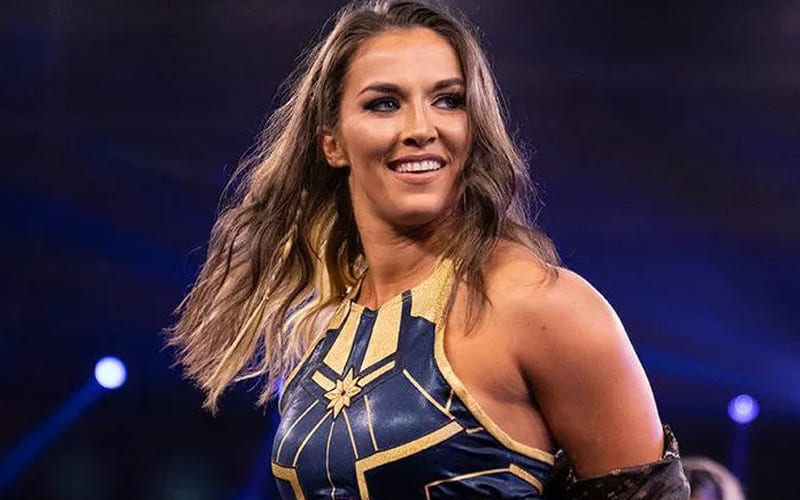 Tegan Nox is set to battle Io Shirai for the WWE NXT Women’s Title this week. It is a very exciting time for her as well. Last week she came out and revealed her relationship with her girlfriend on Instagram.

While speaking to Newsweek, Nox stated that her personal life was always a “don’t ask, don’t tell” kind of situation. It was time for her to reveal that part of her life for the world.

Nox received an amazing reception following this announcement as well. That support meant a lot to her after making such a life-changing announcement.

The reaction has been great. There are a few people who obviously don’t agree with that, but 99 percent of the reactions have been positive. I’ve got texts coming through from so many colleagues and friends. It was nice. It’s great to see that there are so many nice people in the world.

Tegan Nox was then asked if she spoke to Sonya Deville about this situation. Nox revealed that she did talk with Sonya Deville prior to making her big announcement and she was a big help.

I actually talked to Sonya before I even did this. She was a big, big help. She gave me her phone number and told me to text her if I needed anything. So we keep in contact quite a lot about it. She’s a massive help with the fans, because my family knew but my fans didn’t. So she helped me bring it out to the public.

Tegan Nox is just getting started in WWE. The 25-year-old Superstar can now open up even more to let fans in on who she.

Nox also has a great support system within WWE like Sonya Deville who has been through so many things before. Now that the public knows Tegan Nox’s secret she can focus all of her energy on becoming the best WWE Superstar possible.