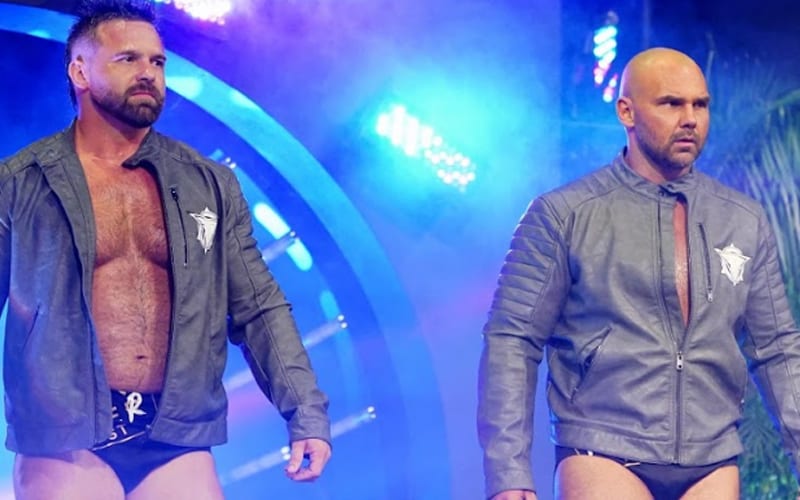 FTR captured quite a bit of attention when they broke onto the AEW landscape. They also promised to bring a change to how AEW tag teams follow the rules.

Former WWE referee Jimmy Korderas hasn’t kept his opinion about AEW’s referees to himself. He called out AEW officials for letting matches devolve into chaos in the past. This week he claims to see what FTR are doing.

During a new Reffin’ Rant video, Korderas restated his position that AEW officials need to follow the rules and how FTR might change that. He then brought up how FTR said they had heat with the AEW locker room for going on Jim Cornette’s podcast and talking about how they want to change tag team wrestling in AEW.

Korderas said that he sees what FTR is doing. He stated that “all the people who have bought into the AEW product hook, line, and sinker have taken the bait.”

He then said “you haven’t got me, but bravo. I like what you’re doing.” We’ll have to see what happens next, but it seems Jimmy Korderas is of the mindset that FTR is using the news cycle to their advantage.

Perhaps AEW should give Jimmy Korderas a call to see if he wants to be the special guest referee for an upcoming FTR match. That way he can really test out his new theory.