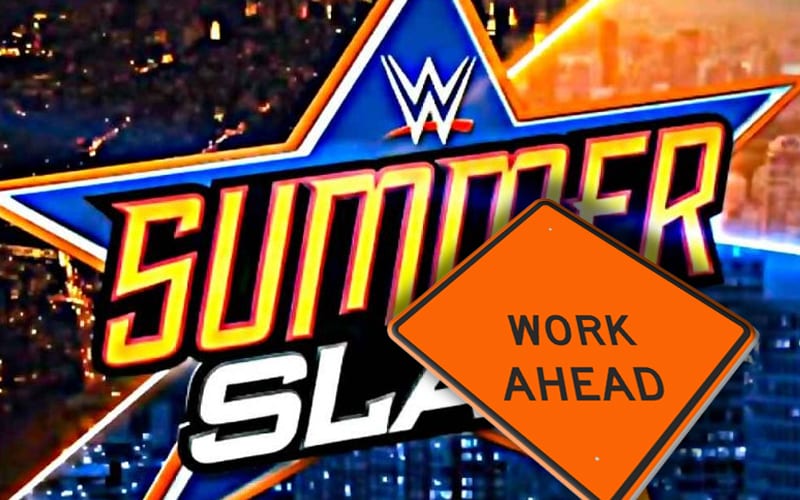 WWE’s next pay-per-view is the Horror Show at Extreme Rules this Sunday, but fans are already looking ahead to SummerSlam. The company has their own plans as well.

Ringside News has learned that the SummerSlam card is booked, at least, there’s a line-up they’re “working from at the moment.” Anything is susceptible to change, especially in 2020.

There were few SummerSlam plans cemented prior to about a week ago. It was told to us that “SummerSlam is booked because it has to be.” As previously reported, Edge vs Randy Orton was planned, but that’s not happening now.

It was noted to us Edge vs Orton isn’t taking place, “but to say plans changed or were ripped up is just nonsense.” Braun Strowman and Bray Wyatt’s third encounter is still slated for the show. We can also confirm that Drew McIntyre vs Randy Orton is happening as first reported by Louis Dangoor.

A rejected pitched involved Mandy Rose and Sonya Deville in a hair vs hair match. It was only pitched, and never on the card. Brock Lesnar was never in WWE’s plans for this year’s SummerSlam, and neither were Roman Reigns or Ronda Rousey. WWE will be missing some star power this time around.

There is a card booked, but were were told no stipulations have been decided upon at the moment. It’s hard to imagine a WWE pay-per-view during the pandemic without a few stipulation matches. SummerSlam could also bring more cinematic matches to the table.