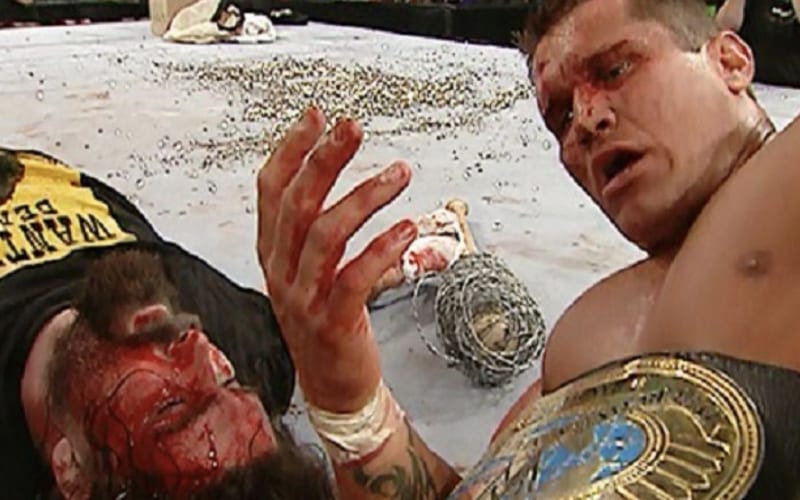 Randy Orton is still in Legend Killer mode. He will face Big Show in an unsanctioned match next week on RAW. This week they aired a few clips to re-visit Orton’s legend killing past and Mick Foley was included.

Foley was featured in the footage of Randy Orton putting a hurting on some WWE legends. This was certainly noticed and the WWE Hall Of Famer stated that he loves watching himself get beaten up by Randy Orton.

Foley also dropped a tease as he wondered if Ric Flair is going to be The Viper’s next target. This is a plausible scenario that we have previously covered.

Man, I enjoy seeing footage of myself getting beaten up by @RandyOrton

So proud to have been on the ground floor of the #LegendKiller character. #RAW

Could the Nature Boy be the next legend to fall?

Mick Foley’s days in the ring are over, but his body went through a lot of punishment during his career. He might have a desire to revisit his glory days every now and then. Thankfully, he can watch footage instead.