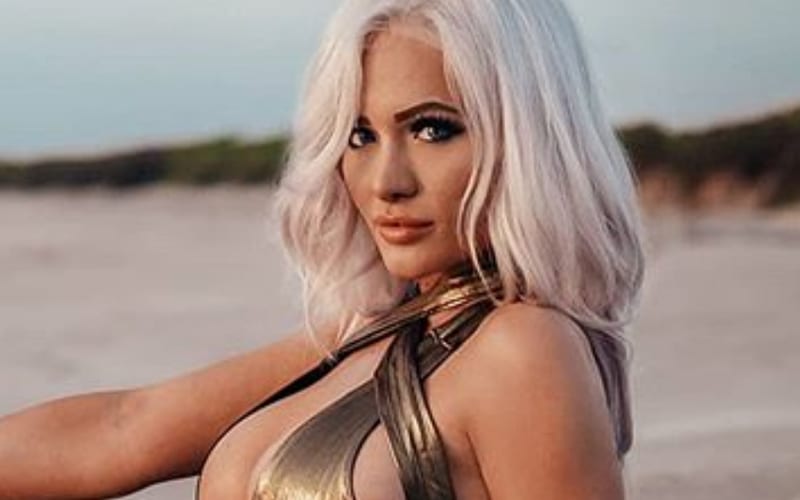 Scarlett Bordeaux and Karrion Kross are in a great position right now in WWE NXT. After Keith Lee shook up the main event scene in NXT by becoming a double champion, Kross is on his heels. WWE is also promoting that their feud seems imminent.

The former Smoke Show in Impact Wrestling hasn’t been given an opportunity to wrestle in NXT yet, but Scarlett is more than capable of doing so. Her current role might have more value as an undeniable presence that completes Karrion Kross’ package.

Scarlett recently posed for some beach photos that she is slowly releasing in time. Two new photos dropped today and they are worth a look.

Daniel Forero was the photographer for this shoot once again. Forero has also worked with Chelsea Green, Zelina Vega, and others.

Scarlett released one beachside photo on her Instagram while Daniel Forero dropped one of his own to his account. You can check out both photos below.