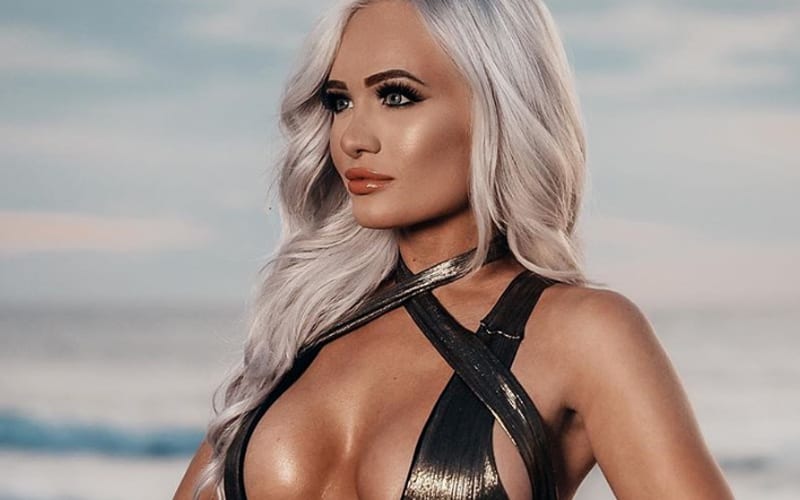 Scarlett Bordeaux and Karrion Kross are a force that cannot be ignored in NXT. She’s also unavoidable on social media.

The former Impact Wrestling Knockout posted another stunning photo on social media today. She is no stranger to doing that exact thing as she’s proven many times before.

Bordeaux had a simple question to ask fans as she struck a pose on the beach. She looked very super which caused her to ask what kind of powers her fans have.

Scarlett might have more superpowers than we can list in one article. She’s not only a undeniable force outside the ring, but NXT fans haven’t even had the opportunity to watch her compete yet. She is also the voice behind Kross’ entrance music.