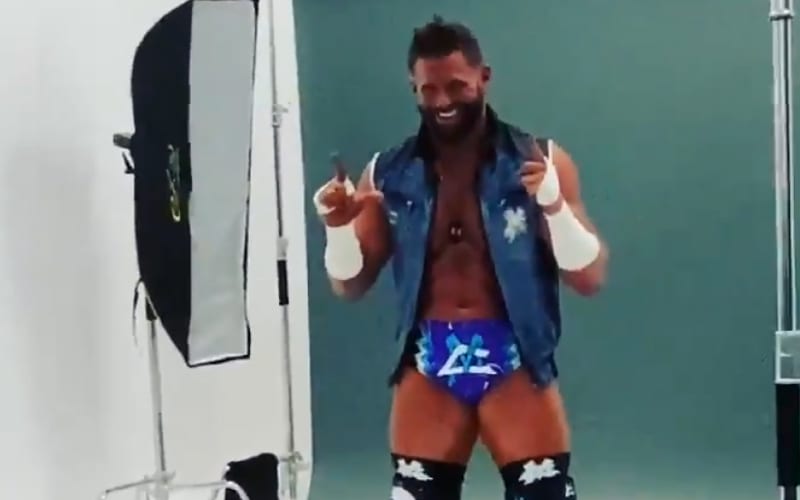 Matt Cardona was one of the many WWE Superstars who were released on April 15th. Zack Ryder’s non-compete clause is up this week, and he’s alwayz ready.

Cardona was in Harry Aaron’s studio today to get some headshots taken. He looks to be in fantastic shape. His new ring gear is also ready to go.

Harry Aaron uploaded a short video to show off his celebrity guest. He had a mask on during the shoot and social distancing was enforced. They were still able to get the job done.

Socially-distanced Studio Session today at Qreate with the one and only @TheMattCardona. New work on the way!

The Internet Championship was also in the building and Cardona posed with his title for a few shots. “The (Internet) Champ Is (Still) Here!” Cardona tweeted out with a photo of the shoot.

We’ll have to see where Matt Cardona ends up, but he’s getting everything prepared to hit the ground running.