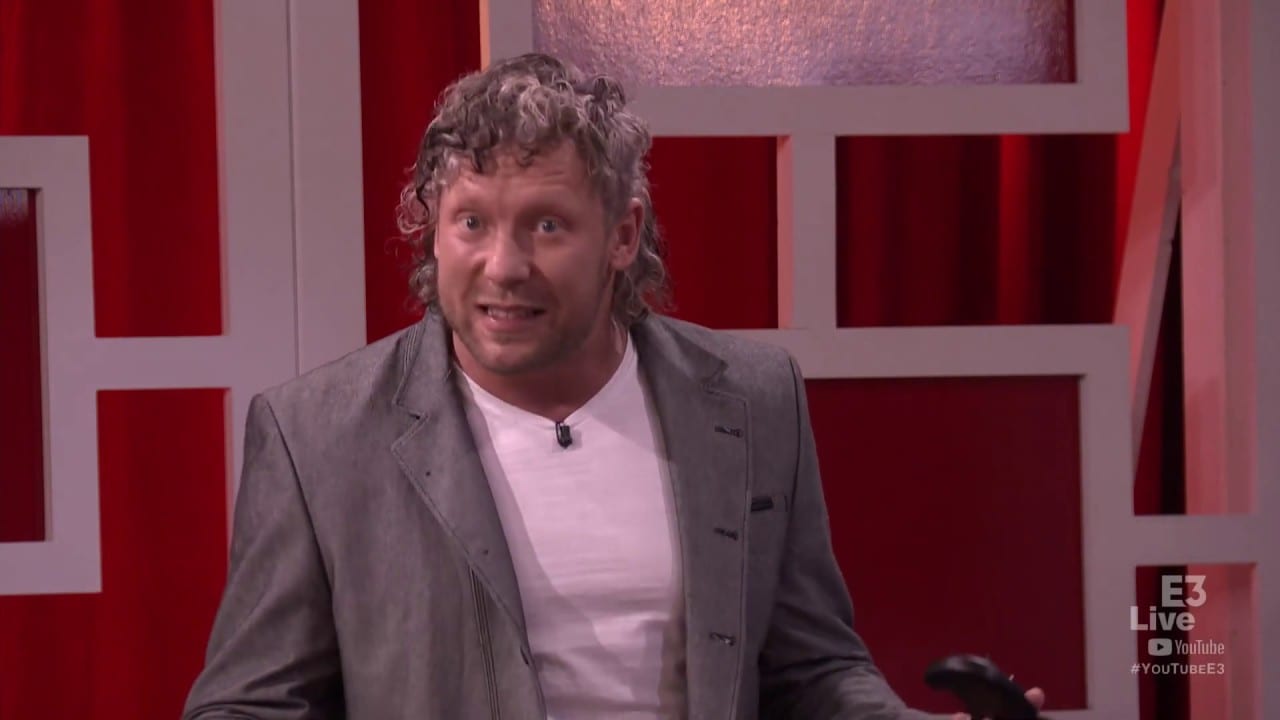 Kenny Omega is not only a prolific wrestler but an accomplished competitive video gamer as well. The Cleaner is a thorough pro on the joystick and has even defeated The New Day’s Xavier Woods in a one-on-one Street Fighter competition.

Therefore, it shouldn’t surprise anyone that the former IWGP Heavyweight Champion will be the man overseeing AEW’s first video game. In an interview with CBR, Omega revealed that although the work for AEW’s video game is in its early stages, they’re working at a good pace.

Omega said that the company could have something to show the fans very soon.

Oh, absolutely. Right now everything’s in a very preliminary phase,” Omega said. “I can’t talk too much about it, of course, because I really want to have something of material to show people when the time is right. And we’re working at such an incredible pace right now. I think maybe we’ll have something to show sooner than what people would expect. Not saying anything playable, but at least something to show people.

The Best Bout Machine named some of the earlier WWE video games and said that AEW wants to recapture the “fun factor” of these games. However, Omega said that they want the character move-sets to be extremely dynamic and potentially deep.

And for me, I believe there needs to be a sense of being in the ring, that you’re controlling your favorite wrestler or controlling your create-a-character. But it’s not so much a simulation where the movements are slow. I want to recapture the sort of fun factor that we used to have back in the day, whether it be WWF WrestleFest, WWF No Mercy, WWF WrestleMania 2000, Virtual Pro Wrestling 1 and 2. I want a very simplified system that allows for pick up and playability. However, I want the moves and the structure of the game to be so crisp and the potential for it to be deep, to the point where you can have a match that actually resembles something of a pro wrestling match where the moves look the way they should, the characters move the way they should.

The Cleaner says that video game, having fun is paramount and that the company aims at creating a game that appeals to both gamers and non-gamers. Omega wants to create the game in a way that it can be molded the way the fans want according to their preferences.

But at the end of the day, a game needs to be fun. I want a game where I can take my favorite character and do all of his moves and decimate my opponents. But I want to be able to call over a friend that never games and with a very simple explanation, I want him to be able to pick up a controller and be able to feel like he’s in control of his movements and his destiny as well. I don’t want people to take the literal words from this to assume what the game is going to be like. But one thing I appreciate in a fighting game, like Street Fighter, it’s got a very difficult entry barrier to play at a top level. It’s almost impossible. You can’t be a dude off the street and do it. It takes a lot of practice time and a lot of grinding. You have to be like a math magician on the spot to calculate frames and advantages and all that. When people assume control of their favorite wrestler or their latest creation, I want them to feel like it’s not difficult to do the moves they want to do. I want them to feel like they can perform the way they want to perform.

Being gamers themselves, Omega and AEW are making their first video game with a lot of excitement and dedication. One thing’s for sure, the hype train for AEW’s first video game has taken off strong and will continue to take more passengers as more info about it comes out.

Are you hyped for AEW’s first video game? Sound off in the comments below!