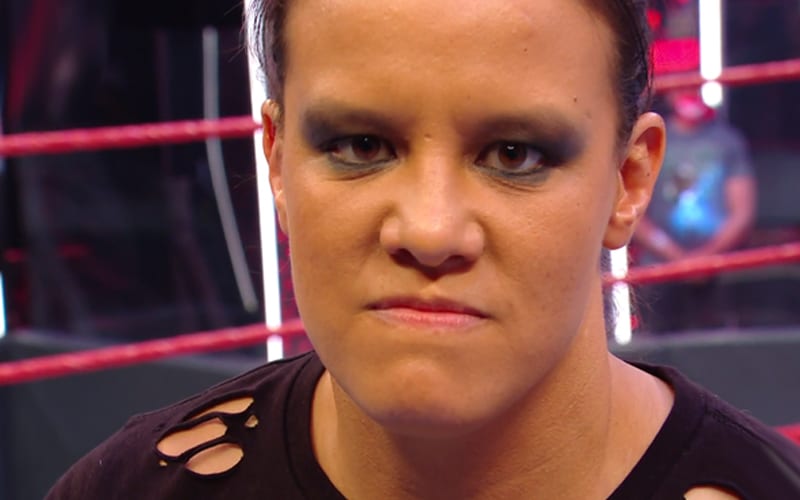 WWE Raw hasn’t seen Shayna Baszler for a long time. She made her big return this week, and she had a message to deliver.

R-Truth was set to take on Akira Tozawa for the 24/7 Title this week on Raw. Then Shayna Baszler came down and went right for Tozawa’s ninjas. She demolished them all one at a time before turning her attention to Tozawa who left very quickly.

R-Truth was the only one left in the ring with Baszler then he said “I’ll let myself out,” before he made his exit too. This was followed by Baszler saying that she’s tired of waiting. Now she’s stepping up and “here to shatter that illusion by hitting you with a hard dose of reality, and I am that reality.”

She has her eye set on the weak minded champions in WWE. Baszler didn’t call anyone out by name, but she did make it very clear that she is still around.

We previously reported that there were some ideas for Baszler backstage, but Vince McMahon wasn’t approving any of them. It appears he finally gave the green light to one of those pitches.