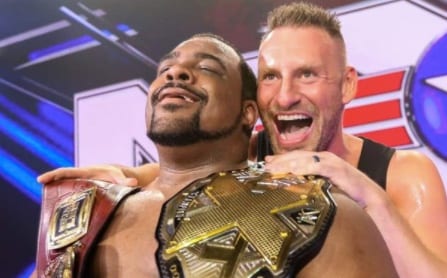 One of the fastest rising stars in professional wrestling today, quite easily, is Keith Lee.

In addition to being NXT’s first double champion, Lee has also been able to consistently put on some of the best matches we’ve seen in WWE both this year and in 2019.

Now, as we look ahead to the future, it’s clear to see that Lee has some very specific goals for his WWE career.

2020 has been a tough year for everyone both in and outside of wrestling, but in terms of the trajectory of Lee and Dijakovic, it’s been one hell of a home run for their prospects with the company.

As NXT continues to go from strength to strength, these two men will serve as a huge part of that movement.