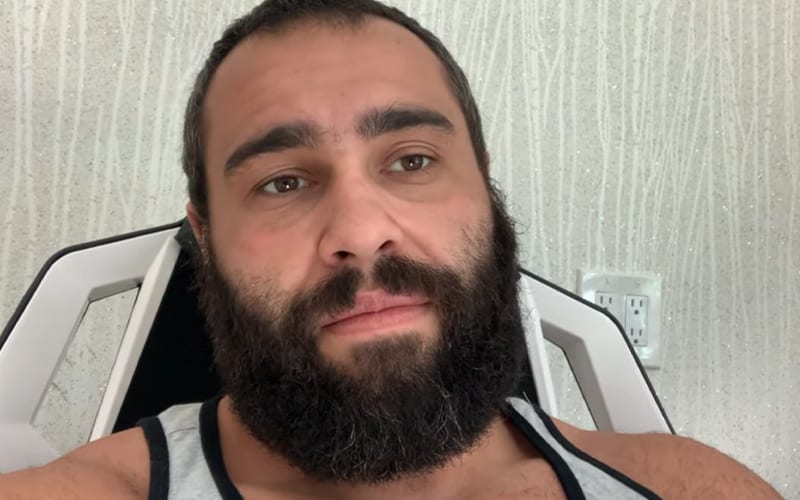 Former WWE Superstar Rusev, now Miro revealed today that he has COVID-19. This was a shocking piece of information for fans, but he said he will be okay.

Miro released a YouTube video after disclosing this medical information on Twitch. He seemed to be in good spirits, but the subject was very serious.

He discussed Lana’s parents’ situation with coronavirus. Her mother is now recovering at home. Both of her parents are sick, and trying to feel better. Her father lost weight and he asked Miro how to get his weight back, so he sent his father-in-law some protein shakes.

Miro revealed that he lost his sense of taste and smell. He initially thought that he was negative because he misread his test result after getting checked. He also received no call about his test, but today he got one telling him he did test positive.

He said “the weirdest thing is I feel great.” Miro said he was tired for a bit, but he thought it was due to working out. He is positive for COVID-19, so he will stay at home. He will use his home gym, spend time on Twitch, and schedule a consultation with a physician.

Miro said this situation has hit his family hard. He considers himself lucky that he feels as good as he does. He peak physical condition might have a lot to do with how well his body is fighting this awful disease.

Our thoughts are with everyone dealing with a situation caused by coronavirus.