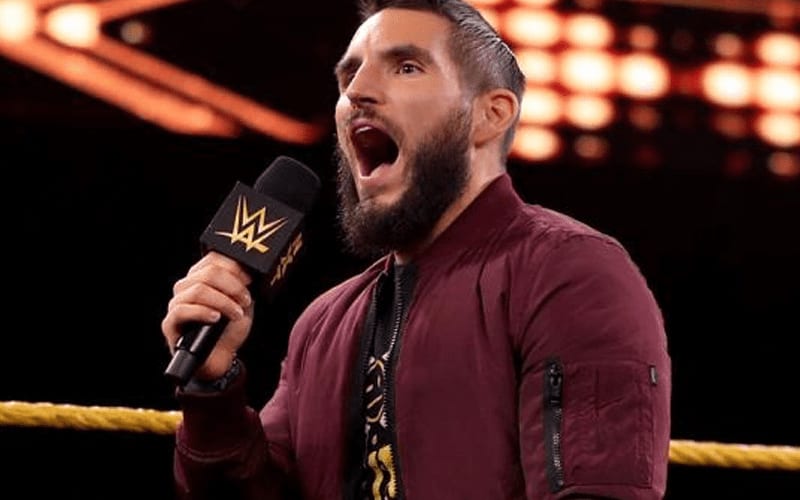 Johnny Gargano received a WWE main roster call=up already, but it didn’t last. After Vince McMahon broke Tommaso Ciampa with his brutal booking Johnny Gargano was sent back to NXT to reign in the top spot. He has remained a presence on the black and gold brand since then.

Gargano saw this tweet even though he wasn’t tagged in it. Perhaps someone “snitch tagged” Johnny Wrestling, or his response was the result of vanity searching. Either way, Johnny Gargano fired back with:

Let’s talk about this “scared” narrative. I get to work side by side with my Wife and guys I’ve traveled the world with for years. I have a great relationship with everyone in the office, get to WRESTLE and help a product I truly believe in. That’s my definition of “success”.

Johnny Gargano made things abundantly clear that he is happy about where he is. He has no reason to complain after being a part of so many memorable moments.

Many fans say that Gargano is owed a shot at the main roster. He was a part of the four NXT Superstars who received a call-up along with Ricochet, Aleister Black, and Tommaso Ciampa. Unfortunately, Ciampa had a pre-existing neck injury that Vince would have been told about if he consulted with Triple H before calling them up. That caused a need for Gargano in NXT, and he seems very okay with how things played out.