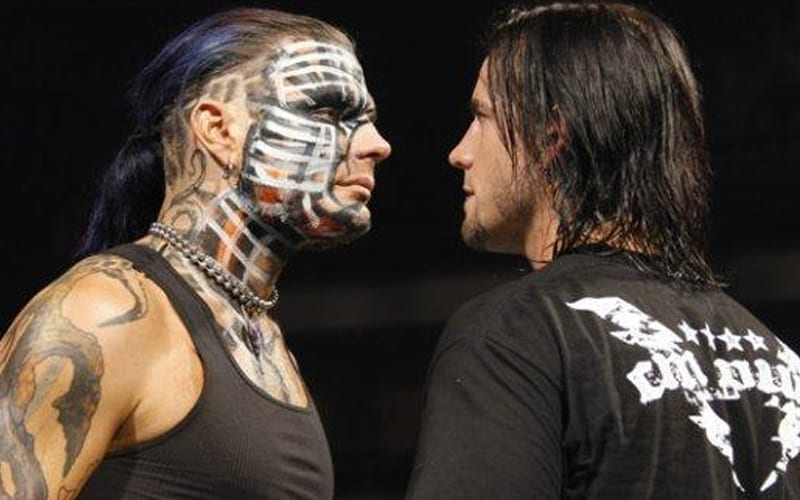 Jeff Hardy is currently involved in a rivalry with Sheamus that is shining a spotlight on his history of addiction. They have been through quite a lot already including a urine throwing angle that got them censored on Fox. It reminds Hardy of a former feud.

While speaking to WWE The Bump, Jeff Hardy went into some detail about how his current situation with Sheamus is like one he had with CM Punk. It can get a bit uncomfortable at times as well, but he must stay strong and true to his beliefs.

“It’s definitely a huge motivator, man. Because we’ve been doing a documentary, too, my Chronicle [special] I think will be out soon. And it’s real deep and honest and, you know, open. So yeah, it’s been an asset, I think. Because over the years, since my early 20’s, I’ve been in and out of addiction and alcoholism, whatever. Just, the roller coaster ride of good and bad.”

“And man, sadly but in the same sense, creatively it’s been a power for me. Because even back in the days of feuding with Punk — it kind of reminds of that, this deal with Sheamus. And it can be extremely uncomfortable at times, but that’s when I gotta stay strong in my beliefs, and where I am right now, and what I am right now. And not let anything under my skin to the point of like, ‘I can’t do that, I can’t do that.’ I think it’s gonna help a lot of people that I never meet in this lifetime, just by watching me on TV and hearing what I say and sharing my experience. So yeah, it’s a huge motivator.”

CM Punk likely won’t wrestle again if he sticks to his current career trajectory. That won’t keep people from bringing up his previous work and relating it to what is going on in today’s stories.

Jeff Hardy and Sheamus will eventually have a bar fight. We’re just not certain when it will happen. It could go down during The Horror Show at Extreme Rules, but they have yet to make the match official.