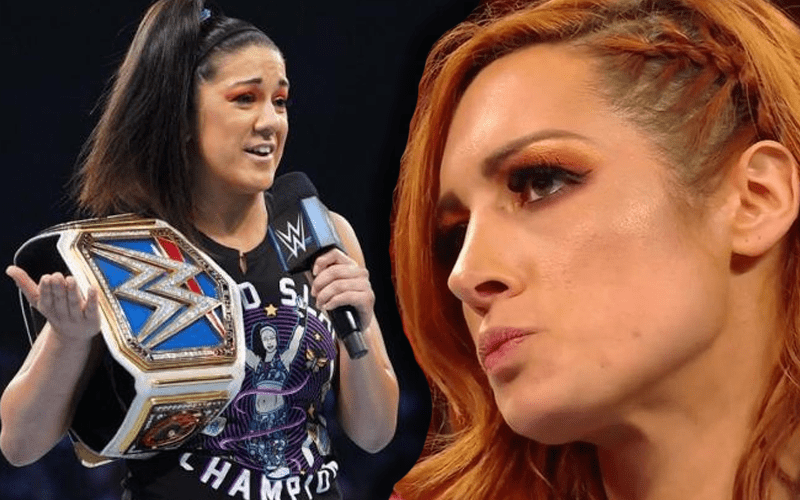 Becky Lynch is appearing in advertisements for SmackDown after their move to Fox in October. This is very interesting because she’s not even on the blue brand, but Bayley is.

The Man took a little shot at The Hugger because she wasn’t even on an advertisement for a brand where she’s the Women’s Champion. After all, Becky Lynch holds a title on Raw and Bayley represents SmackDown.

Bayley eventually saw this dig from Becky Lynch and called her out for not even tagging her in the post. If you’re going to trash talk Bayley, you might as well @ her.

Haha dude why didn’t you @ me? Luckily my loyal fans tagged me. But okay you win that one, I accept defeat….. Will you be able to do the same on Sunday?

It looks like those two might have some unfinished business after Bayley used Becky’s back and a few chair shots to pull off a heel turn. They might eventually get to battle on Friday Night SmackDown if those advertisements are any sign of things to come.