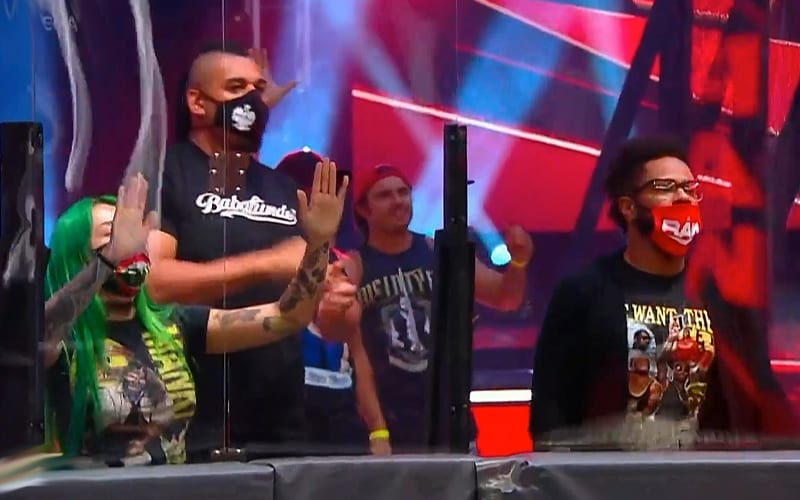 WWE got serious about their policy on wearing masks. They were called out for their NXT students not wearing masks at the Performance Center. This caused the company to take action.

A fining process was instituted for anyone caught not wearing a mask. A fine of $500 for the first offense and $1.000 every time afterward is the policy. The Wrestling Observer Newsletter revealed that the NXT Superstar audience in the Performance Center was unaware of those fines.

It was further noted that WWE removed two audience members for not wearing masks. They were in the front row on the hard camera side, but they were “quickly removed.” Another person also got flack for not covering his nose with his mask.

Early in the show, you could see two performers with no masks right in front of the hard cam. They were quickly removed from their position. Everyone else was wearing a mask although one person did not have his mask covering his nose.

Furthermore, it was noted that “NXT talent used as extras claimed to be unaware of a fining system for not wearing masks.” The company informed main roster talent who did follow the new mandate. There were a lot of questions backstage about the new fining policy that were left unanswered.

This fining process was officially confirmed by the company. It will very likely keep everyone in the WWE Performance Center covered until they are able to take the show on the road once again.